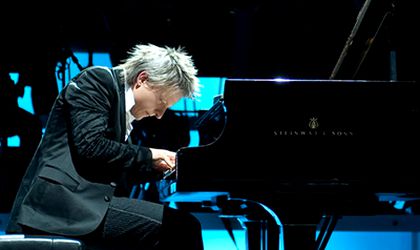 Havasi, considered to be the world’s fastest piano player, is arriving in Bucharest for the first time this fall, for an ambitious performance – Symphonic Red Concert Show! The concert will bring together on stage more than 100 artists from all over the world.

The show, designed by Havasi himself, will bring together over 50 instrumentalists, an impressive choir accompanied by Japanese drummers, exotic instruments, 15 exceptional soloists and the artistry of the world’s fastest piano player.

Organized by Amphitrion, Symphonic Red Concert Show will be held at Bucharest’s Palace Hall on November 15. Tickets are available in Diverta stores, Muzica store, Mihai Eminescu Bookstore, Palace Hall and online, on www.myticket.ro, for prices ranging between 100 and 300 lei.