The festive 25th edition of FITS in numbers 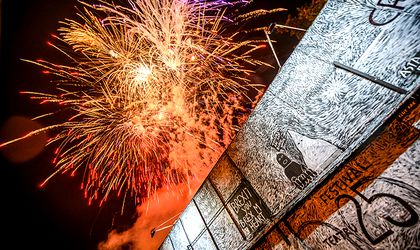 Over 3,300 artists and guests from 73 countries presented 25 events in 73 performance spaces, for approximately 70,000 spectators each day, say the officials of the Sibiu International Theatre Festival (FITS).

“Under the sign of Passion (e.n. this year’s theme), for 25 years we have been trying to raise a festival which was insignificant and transform it into one of the most important in the world. You’ve seen how many companies and personalities have come again to Sibiu. As promised, not only did they delight the public, but expectations have been surpassed. It is important now to concentrate in the evaluation of this festival, so that the Summit that will follow to become a thing of pride not only for Sibiu, but also for Romania, to put Romania where it’s place is indeed, in the area of the great intercultural dialogue,” said Constantin Chiriac, FITS president, at the end of the edition.

What’s more, the technical production of this edition represented a total usage of 1400 kg of coal, 200 cubic meters of helium, 900 square meters of stage carpet, 250 fences, 57 tonnes of counterweights, over 600 units of lighting instruments, 10 lighting desks, 2000 meters of cable, 500 meters of scaffolding which was set up with the help of 40 motors and 60 speakers. All of this, but also the numerous sets, were handled by 115 technicians.

This edition has marked more anniversaries and emblematical moments among which: the Romanian Centenary, 80 years of existence for the British Council in Romania, 70 years since the establishment of Israel, but also the outlook of the cultural exchange period between Romania and France from 2018-2019.