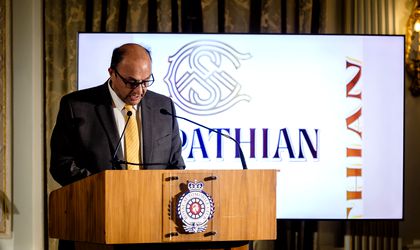 The first Romanian single malt whisky, Carpathian Single Malt Whisky,  produced by the Alexandrion Group, the biggest producer of spirits and wines in Romania, was unveiled in Great Britain on July 12th, through an event organized in the sumptuous historical building dating back to 1897 of the Royal Automobile Club (RAC) from Pall Mall – London, in the presence of H.E. Mrs. Laura Popescu, the Ambassador of Romania to the United Kingdom of Britain and Northern Ireland,  Mr. Alexandru Dodan, Deputy Head of Mission of the Embassy of Romania to the United Kingdom of Great Britain and Northern Ireland and Mr. Nawaf Salameh, Founding Chairman of the Alexandrion Group.

“One month ago, we were in Washington, at the residence of H. E. Mr. Dan Andrei Muraru, the Ambassador of Romania to the United States of America, where we introduced Carpathian Single Malt to the global market for the first time. It was the beginning of our journey around the world with the first single malt whisky ever produced in Romania. The second destination of our global tour was London, and it was a true honour for me to be there, at the home of whisky, talking about a product with so much tradition, pride and history that I respect so much, in a historical exclusive venue, the Royal Automotive Club, which perfectly complements the profile of Carpathian Single Malt. The British are the pioneers of single malt whisky production and their knowledge that we can tap into, is helping us grow and develop our product even further. I am grateful to the Romanian Embassy to United Kingdom of Great Britain and Northern Ireland for supporting us in organizing a spectacular event.”

Mr. Alexandru Dodan, Deputy Head of Mission of the Embassy of Romania to the United Kingdom and Northern Ireland said: 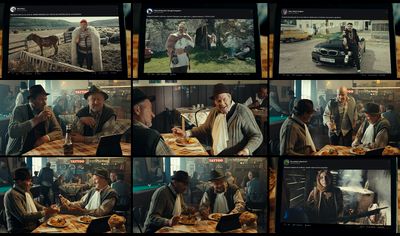 “Just like many other people, I was intrigued by the idea of unveiling a Romanian single malt whisky produced according to a Scottish method, in the country that gave birth to the single malt whisky and made it famous all over the world. But reading the story and seeing the enthusiasm around it, the winning spirit and the passion put into the whole project, from idea to product, I am now sure that Carpathian Single Malt will be a success on the British market for both the Alexandrion Group and for Romania. The Romanian Embassy in London is honoured to be Alexandrion Group’s partner in launching Carpathian Single Malt on the UK market and we will continue to support the Group, through the commercial and economic section, to introduce the product to the UK consumers.”

Carpathian Single Malt, the star of the show

Carpathian Single Malt was the undoubted star of the show and was very well received by everyone with two branded bars installed in the RAC’s Mountbatten Room, serving Alexandrion Group’s spirits, wines and, of course, the Carpathian Single Malt in the three finishings: Fetească Neagră, Pinot Noir and Madeira. The evening began with speeches of the representatives of the Alexandrion Group and the Embassy of Romania to the United Kingdom of Great Britain and Northern Ireland and continued with a recital by a British jazz band, followed by networking and dinner. The whole event was characterized by an elegant, convivial, and warm atmosphere, in harmony with the attributes of Carpathian Single Malt.

Developing ties between Romania and UK

Carpathian Single Malt is a product which is importantly showcasing the incredible natural and cultural assets of Romania, whilst developing further positive relations between our country and UK. The prestigious British magazine The Week, described Carpathian Single Malt on their ‘Tried and tasted: 50 of the world’s best whiskies’ article: “With its robust flavour and complex taste, this new world whisky is more like one from the old. Either way, it’s a welcome addition to the global tour” and placed it at number 1 on their ‘Tried & Tasted’ listing.

Carpathian Single Malt is made using 100% malted barley produced in Romania. This single malt is distilled, matured and bottled at the Alexandrion Saber 1789 Distilleries, located in Bucov, Prahova County, near the Carpathian Mountains. The first ever Romanian single malt whisky is made with pure Sub-Carpathian water, renowned for its quality, is natural colored due to exclusive maturation in casks, unchill filtered and bottled at 46 percent alcohol.

Carpathian Single Malt was matured in Romanian wine casks, another world premiere in terms of single malt production. Alexandrion Group becomes, thus, one of the few companies in the world that use casks from their own wine production facilities to mature single malt whisky.

The event in London was the second from the Carpathian Single Malt’s global tour which began in the USA on May 25th with a lavish event in Washington D.C, at the residence of H. E. Mr. Dan Andrei Muraru, the Romanian Ambassador to the United States. The journey will continue, as Carpathian Single Malt will be gradually unveiled to consumers from many other countries.