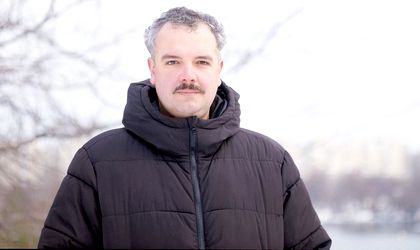 For a while now, Bucharest street art is widening its borders, as murals painted by artists are incorporated into clubs’ terraces, in an unprecedented collaboration between artists and brands. This is all part of Bucharest – a more cosmopolitan city, embracing the arts and culture and taking its creative side to a new level.

This month, TAG YOUR IDEAS project facilitates the meeting with the multidisciplinary artist Mihnea Mihalache Fiastru, who, on the alternative scene of Control, open daily and almost non-stop, proposes a photography installation compressed in urban details easy to recognised.

“Speaking about his photos, Mihnea Mihalache-Fiastru explained that” The pictures I make are the stories I can’t write anymore, and the stories I write are the pictures I can’t get anymore.” This is Mihnea’s photography stories, about memories and a past that no longer exists, but, bizarrely, you can still feel it. The details build the image, and the image builds the photo – the city becomes the subject of investigation and the people and streets exhale routes that Mihnea presents in his photos,” describes curator Eugen Rădescu’s installation for TAG YOUR IDEAS.

TAG YOUR IDEAS is a new visual communication platform for the city, completing the need to support an artistic manifestation that embraces our existence. Every day, hundreds of people come to Control Club for the promise we all respect: THE ALTERNATIVE. This is why, every month, a new artist will redesign the space of Control Club’s inner courtyard, sustaining a speech which has been already reflected by other artists about how public space can be exploited within the city, at the intersection between public and private. The eclectic conversation we create with this project completes an urban cultural dialogue that Control Club has started 11 years ago.

The urban details of the photo installation represent images that were taken during 2016-2017, as part of some personal surveys of the artist in the south of the city. These were not and will not be included in any series and are part of a personal documentation archive. 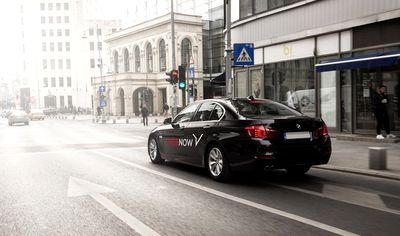 The story of the photo inside the car is close to a former company launched in the interwar period and which reached its peak during the communism. It is located on a boulevard which in the past was paved with cubic stone, while on its sidewalk was created agitation at the end of the working hours, the portion in front of the company being also a bus and tram station. The entire place was highly inconvenient at the end of the working day. The workers were leaving the sidewalk and followed the road, and the drivers were required to slow down or even stop the engines to avoid an accident. The image is, in a way, a recreation of the driver’s perspective on that turn, at another time, in much safer times.

The second photo marks the space of a courtyard in an old city centre where many car enthusiasts from the ’80s and the early’ 90s gather every weekend to showcase their passion.

The opening of TAG YOUR IDEAS: MIHNEA MIHALACHE FIASTRU X FREE NOW is on Feb 25, from 20.00, at Control Club. The work of art can be seen up until March 20.