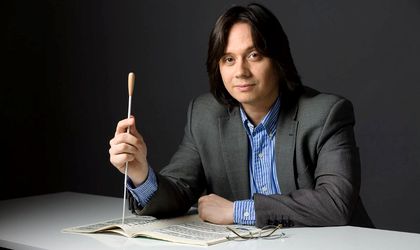 Violinist Stefan Tarara, pianist Josu de Solaun and cellist Sun-Sun Hong return to the Athenaeum scene for the grand opening of Enescu Competition 2018, presenting a Gala Concert under the wand of Gabriel Bebeselea. The event takes place on September 1 from 19.00. The trio will interpret the second trio concert from the history of the classical music, The trio concert by Paul Constantinescu. The second part of the concert will be a first audition for Concerto for Orchestra – the winning composition of 2016 Enescu Competition, composed by young Chinese Tian Tian.

The George Enescu International Competition which will take place between September 1-23 in Bucharest has set a new record number of young musicians who will participate at the competition.

The competition attracted 400 young musicians, from 46 countries, on five continents, with a 26 percent increase of applications, compared to the 2016 edition. Also, Enescu Competition has a remarkable Romanian presence this year: up by 72 percent – a total number of 36 Romanian artists, applied particularly for the Piano Section. Compared to the last edition, China and UK doubled their representation in our competition, while the number of registered young musicians from Italy tripled. Overall, in the four sections of the competition there are: 126 contestants in the Piano Section, 121 in the Violin Section, 126 in the Cello Section and 27 in Composition. 212 contestants are from Europe and the Near East, 148 from Asia, 29 from North America, 9 from Australia and New Zealand, and 2 contestants are from South America.

Golden Drum sets a record with a 25 pct. increase in entries

On its 25th anniversary in Romania, Nestlé launches the projects competition “Growing together”