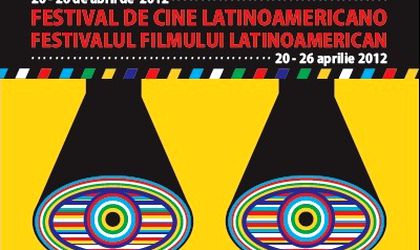 The Latin-American Film Festival kicks off in Bucharest tomorrow, April 20th, at Union cinema. The festival, which is on until April 26, features Latin-American productions from the last decade (14 films and one documentary), as well as a selection of five films from the Cine en Construccion section of the San Sebastian International Film Festival.

The films are shown in their original Spanish and Portuguese version, with English subtitles. The following films will have Romanian subtitles: La Nana, Amorosa Soledad, La yuma, La Extranjera, Ilusiones ópticas. The festival will open with La nana, a 2009 Chilean production directed by Sebatian Silva. Argentinian director Victoria Galardi will be the guest of the festival, where she will be present at he showing of the Amorosa Soledad on April 24.

The festival is organized by the Cervantes Institute in Bucharest, with the support of the Argentinian, Brazilian, Chile, Cuba, Mexico, Peru, Uruguay and Venezuela embassies in Romania.

The full program of the festival here.