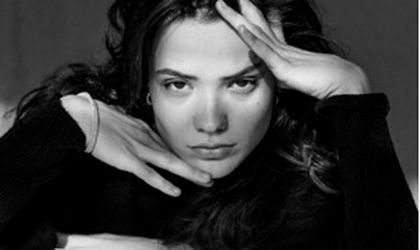 Five young Romanian actors, representatives of the new generation, promise to become stars of Romanian cinema, through their roles in “Taximetristi”, the film that hits the big screens in Romania on January 20. Ana-Maria Guran, Ștefania Cîrcu, Carol Ionescu, Vlad Ionuț Popescu and Mădălina Stoica star in the latest cinematographic project of director Bogdan Theodor Olteanu, for which filming recently ended in Bucharest. The film is an adaptation of the play of the same name, which has been playing at the independent theater Apollo 111 since 2018.

Although they are under 30 years old, many of them have already obtained important awards from the industry, such as Ana-Maria Guran who was nominated at the Gopo Awards Gala for the best actress award and awarded the title of young hope for the cinematic debut performance in the movie “The world is mine”.

Not only the awards obtained recommend the five actors, but also the roles they hold beyond their acting career. Mădălina Stoica, at only 25 years old, is also the assistant director of the film “Taximetristi” and Carol Ionescu, the son of the late great artist Șerban Ionescu and the actress Magda Catone, is also the artistic director of the “Șerban Ionescu Theater and Film Festival”, and also the producer for two short films. Ștefania Cîrcu starred in “Tata Mută ​​Munții” and in theater shows such as “Sara / Mara” (Apollo111 Theatre), “Neguțătorul din Veneția” (Bucuresti National Theatre) and “Jack și vrejul de fasole” (Ion Creangă Theatre). Ștefania also works for the show “Starea Nației” from Prima TV and plays in “La Oraș”, the first series produced locally for Voyo. Vlad Ionuț Popescu is 24 years old and has also starred in the movies “Voyagers”, “Tata Mută ​​Munții” and “Dincolo”.

The filming of “Taximetristi”, discomfort and new school of film at the same time

“It was great filming with my colleagues, Carol Ionescu, Nicoleta Hâncu and Alexandru Ion because we get along well while acting and we managed to keep our energy up even though it was sometimes late at night. We managed to make jokes out of absolutely anything and we were forced to hold back from laughing, even though everything was getting funnier and funnier. There were also people on the street who shouted various things at us, but that was not always fun because some spoke badly or interrupted the dialogue”, says Ana-Maria Guran.

“The film has the qualities of a commercial film, you can easily identify with the characters, the language and the situations, but also the qualities of an art film, it describes a fictional world, but so similar to the immediate reality, plus it has an artistic team concerned with the delivery of a valuable product”, says Carol Ionescu.

“Veronica is a colorful character, she is extroverted and very direct. She doesn’t get lost in the subtleties, what she says, that’s it. It’s not a type of role I would normally be cast. I am extremely contained, so it was an uncomfortable process in places, but also extremely satisfying”, says Mădălina Stoica.

“Filming gave me a comfortable and safe space in which to express myself. In “Taximetriști” it is the first time that I had an independent role, and the fact that I had the actor Alexandru Ion as my partner gave me confidence”, declares the actor Vlad Ionuț Popescu.

The movie is produced by Bold Film Studio, the first film investment fund in Romania, together with Tangaj Production and Avanpost Media. As in the case of the play, the script of the film is signed by Bogdan Theodor Olteanu together with Adrian Nicolae.

“Taximetristi”, a movie about the stories of Lică and Liviu, two taxi drivers caught in the maelstrom of Bucharest’s nightlife

In the film we travel through Bucharest together with Lică and Liviu, two taxi drivers who in the course of a single night meet all kinds of customers. It should be an ordinary night but it turns out to be a suspenseful one. Young people going to parties, DJs, thugs, TV presenters, etc. pass through their cars. All these journeys end up having an unexpected impact in their lives. Lică, played by Alexandru Ion, is the prototype of the annoying taxi driver, who knows how to deal with life, traffic, politics and global warming, he is the driver who rolls down the window and yells at the car next to him.

On the other hand, Rolando Matsangos, in the role of Liviu, is a temporary taxi driver who is constantly looking for a better job. Liviu takes you to your destination in silence and apologizes if he talks on the phone. He doesn’t get upset when you run out of tip money and gets you in the car without asking where you’re going or dictating the starting price.