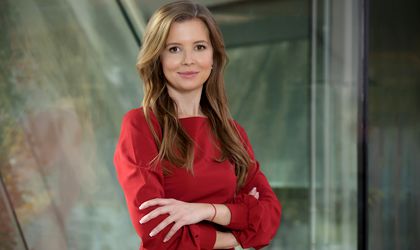 Considered to be the star segment of the real estate industry right now, the industrial market continues its dynamic development, with a national vacancy rate of only 8 percent. Romania’s modern industrial spaces stock exceeded the threshold of 5 million square metres in 2020, with 570,000 sqm delivered last year alone, according to CBRE Research.

Around 65 percent of the industrial space delivered in 2020 was in Bucharest, which remains Romania’s largest industrial hub, while the other 35 percent was split among regional cities such as Deva, Oradea, Sibiu, and others. But how is 2021 looking in terms of new projects? 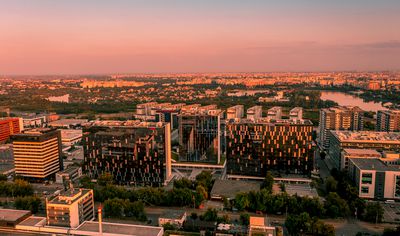 Top developers already have around 400,000 sqm of industrial spaces under construction at the moment, which will increase the country’s modern stock to approximately 5.5 million sqm by the end of the year, based on CBRE data. “2021 meets all the prerequisites to be an excellent year for the industrial property market in Romania, after 2020 turned out to be a record year, with over 930,000 sqm traded. Developers are investing in different areas of the country, from the well-known Timis area to Brasov and Bacau, which are beginning to attract growing interest because of quality land and labour force availability,” says Razvan Iorgu, Managing Director at CBRE Romania.

With an overall vacancy rate slightly below 40 percent, the projects in the pipeline show a higher level of maturity for the Romanian industrial market, while developers have the confidence to integrate a speculative element into their projects as well, following a record year in terms of demand. 64 percent of the upcoming new supply will be built in regional cities, which are becoming key locations on the logistics map. The western/north-western region of the country has attracted the largest share of developments, namely 52 percent, followed by the southern region with 34 percent and the central area with 10 percent, while the eastern region will only get 4 percent of the total, according to CBRE Research.

In addition, the western/north-western region has managed to pre-lease 75 percent of the supply that is still under construction. “As for the nature of the activities that will be carried out by future occupiers of the pre-leased spaces, based on the available data, we know that over half of the space (54 percent) has been contracted for distribution purposes. Next in line was storage, covering 40 percent of the total pre-leased space, while production and logistics jointly claimed 6 percent of the new supply. As distribution and storage are the main drivers of demand after a year when e-commerce had a tremendous boost, they’re only strengthening the trend that started taking shape at the beginning of 2020, contributing to the new industrial horizon,” said Daniela Gavril, Head of Research at CBRE Romania.

Last year, 70 percent of total demand was concentrated around Bucharest, while the western/north-western region attracted 16 percent of the total leased area. The main operation performed by tenants who leased industrial spaces in this region was distribution, as half of the total area was leased for this purpose, followed by logistics with 20 percent and production with 19 percent. Storage and other types of operations jointly accounted for 12 percent of the total contracted area. Even though Romania has seen rapid development of its industrial market over the last five years, having doubled its stock during this period, our country remains below the regional average, with only 260 sqm of industrial space per thousand inhabitants. By contrast, Poland has an average of 510 sqm per thousand inhabitants, while the Czech Republic reaches 840 sqm. In the next 5 years, CBRE data indicate an increase of over 50 percent in the industrial spaces stock, up to 8 million sqm.