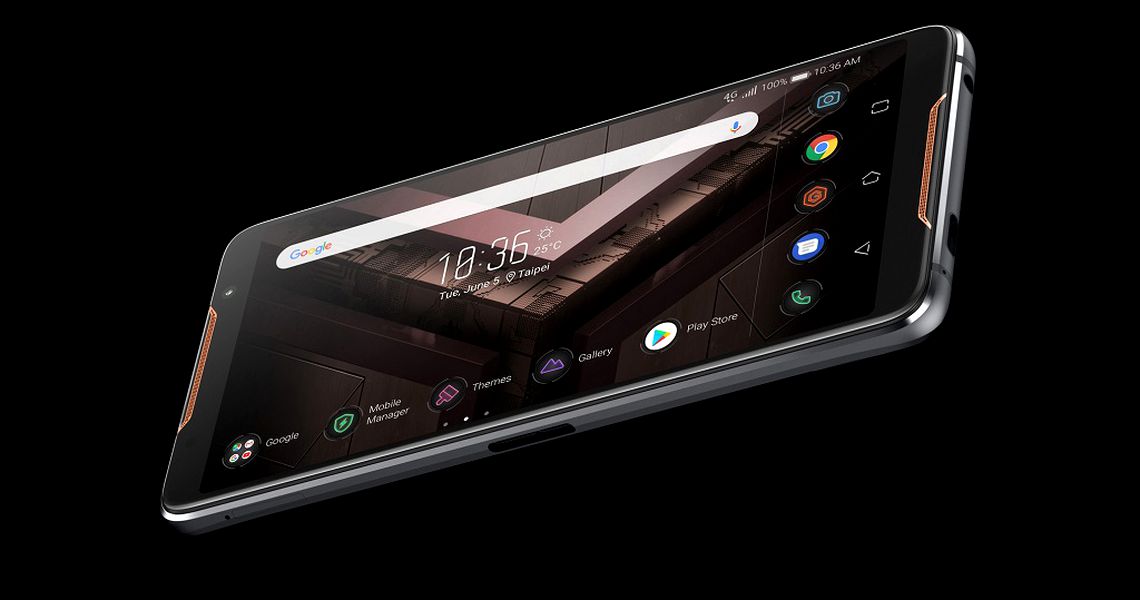 Smartphones are having a good year in 2018, with a lot of innovation on the camera side and a jump in performance in all categories. But the year is not even near an end and the industry has much more in store.

The driving force of the smartphone industry is the flagships. The top models are upgrading and innovating every year, while lesser ones are increasing in performance and photo quality, catching up with the older flagships. This is how we got today to have models in the middle with performances close to the high end ones; processors’ performance today is more than we need for most tasks, which means that older (like, last year’s) processors can give the same speed for everyday use.

The capping in performance is a ‘legacy’ from computer chips, which underwent a capping a couple of years ago, the difference coming from gaming rigs and graphics stations. Phones are forced to find new areas where they can come up with real innovations, since the performance of the processor is not that visible. BR compared the Nokia 8 Sirocco and Samsung Galaxy S9 Plus and there was no difference in using the apps or the browser (in some cases, the Qualcomm Snapdragon 835, launched last year, was even faster than the Snapdragon 845, the latest processor on the market).

This is one reason why mobile producers are pushing the boundaries in photography capabilities, photo editing and graphics power. It is no surprise that there will soon be a smartphone dedicated to gaming, made by Asus, which is using its experience in PC gaming to create a phone dedicated to it.

There is a handful of industry leaders: Apple, Samsung, Huawei, Lenovo, Sony, HTC, LG, Asus, Acer, Nokia, together with some lesser known players, such as Xiaomi and ZTE. And we can add Google Pixel to the list, even if the company does not produce handsets on its own.

The latest phablet from Samsung will be revealed on August 9. Normally, this is the last reveal of the year for Samsung, but given that the sales of Galaxy S9 didn’t go as well as expected, the company might just bring the launch of S10 forward to this year, from February next year. Rumors about the S10 are already circulating in the media, so it may not be such a big surprise if the Koreans release the model before the winter sale.

Ahead of the event on August 9 Samsung uploaded three videos to its YouTube channel to give fans a glimpse of the next Note 9. The first one is focused on performance and says that the phone will blow its predecessor Note 8 out of the water in terms of ‘horsepower’. But the leading chip will be the same Qualcomm Snapdragon 845 that is used in the S9 and S9 Plus, so the computing power is more or less the same. If the power is broadly equivalent (leaving aside the RAM, which can go up to 8GB), the producer may boost, one way or another, the graphic unit (GPU). The phone is supposed to have internal storage up to 512GB (starting from 128GB), which is already more than most of the SSDs (solid state drive) that equip most laptops. Also, the battery may be an improvement on the Note 8. Apparently the phone will have a battery that is at least 3,850 mAh and up to 4,000 mAh, a lot more than the 3,300 mAh of the Note 8.

The possible upgrade of the GPU comes from the rumors about the Galaxy S10. A source broke ranks and said that there would be a new GPU design in ten years and it is used on airplane cockpits and supercomputers. The phone will have a 4K Infinity display, resolution good enough for use in a VR headset.

The new GPU could also mean that virtual reality gaming will be a strong possibility in the near future, with more power-efficient games and smoother images than we have today.

On the GPU side, Apple is also working on something new and Intel completes the list with innovations in the field. While the market will have to wait until next year for Intel’s offering, Apple may come up with something new in the coming months.

In just a couple of months the new iPhone X 2018 should be in stores. Rumors suggest that Apple will launch a successor to the iPhone X, an iPhone X Plus and a cheaper version of the iPhone X in September. One piece of news already on the internet is that the cheaper version will be released in gold, grey, white, blue, red and orange. The red is something that different sources argue about, but the rest seems to be clear. While the low budget phone will have lower specs but a 6.1 inch display, the other two will have faster processors and improved facial recognition. The fact that Apple will have a cheaper version that has a 6.1 inch display points to another trend: bigger and bigger phones. While the 4.7, 5 and 5.1 inch are still the most popular phones in the world (4.7 for Apple with older iPhone models, and the other for Android phones), the leaders of the smartphone industry are releasing flagships that are over 5.8 inches.

There is another trend that interests the phone makers: feature phones, meaning old phones that are not smart, are still used by almost half of the world’s 4.5 billion mobile phone users. That means smartphones have a lot of ground to cover until the vast majority of users have a small computer in their hands. In Romania feature phones make up around 45 percent, while Telekom Romania officials told BR that almost 70 percent of their users have smartphones.

Google will also launch new models, expected to include the Qualcomm Snapdragon 845 chip, water-resistant design and wireless charging. Google Pixel 3 will most probably keep the design used so far, which is ‘classic’, while Pixel3XL will change to an edge-to-edge screen, with an Apple-style notch and a small chin at the base. Google looks like it will keep the one-lens camera instead of going for two or three lenses for the back of the phone, but it might go for a dual-camera on the front. Pictures of the phone reveal that it will have a stereo speaker at the base and rear-mounted fingerprint scanner on the back. The models are expected to be released at the beginning of October, when Google usually unveils its Pixel phones.

One phone that has already been presented, but will be available only later this year, is the Asus ROG (Republic of Gamers), the gaming terminal that treads a path opened by Razor Phone. It will be powered by a Snapdragon 845 but with a boost in its top CPU clock speed, going up to 2.96GHz, the highest for a mobile phone, and will have a 6 inch display that runs at 90Hz with a 1ms response rate.

One of the most unusual things about the Asus ROG phone is that it will come with three USB-C ports (phones usually have only one). The idea is to keep the phone plugged into a power source, but without the cable getting in the way of your hands. The ports can be also used for different specially-made accessories.