BR ANALYSIS. Romanian government very optimistic in spite of analysts’ warnings: 2019 budget to be based on a 5.5 pct economic growth

The Romanian government seems to be immune to all the warnings coming from several financial institutions when it comes to next year’s economic growth forecast. The European Commission, the IMF and other institutions have expressed serious concerns for 2019, and some are even talking about a possible upcoming technical recession.

In spite of all these warnings, the 2019 budget will be based on a 5.5 percent economic growth, according to official data issued by the National Prognosis Commission (CNP), which remain unchanged. The EC recently revised downwards the economic growth forecast for 2019 to 3.8 percent, from the 3.9 percent forecast in the spring.

The CNP has already revised downwards the forecast for 2018 at 4.5 percent, compared to the 5.5 percent estimation on which the 2018 budget was based.

“Romania’s economic boom has started to wind down. After reaching a post-crisis peak of 6.9 percent in 2017, real GDP growth decelerated to 4.0 percent (y-o-y) in the first quarter of 2018. The main driver of the slowdown was a contraction in private consumption as inflation weighed more heavily on real disposable income. Export growth, in contrast, remained very robust in the first quarter of 2018 and outpaced the growth of imports,” reads the EC report. The Commission also expects the inflation to rise to 4.4 percent in 2018 and 3.4 percent in 2019.

Fiscal Council president Ionut Dumitru told Business Review that they estimate a 3.5 percent economic growth in 2019, much lower than the government’s forecast of 5.5 percent. 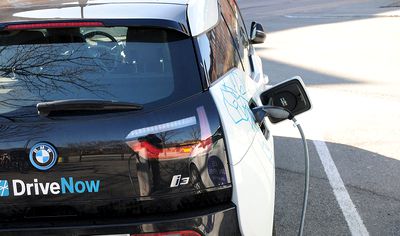 In October, the International Monetary Fund also revised downwards its forecast for Romania’s economy, both for this year and next year, after a moderation of the stimuli that led to the robust growth of 2017, according to the latest World Economic Outlook report.

In April, the IMF had estimated that Malta and Romania would have the largest economic growth in Europe in 2018, of 5.7 and 5.1 percent respectively. In the latest report, the Romanian economy was only forecast to grow by 4 percent this year, and a 3.4 percent growth is estimated for 2019 – a small decrease of 0.1 percent since April’s forecast. As for consumer prices in Romania, the IMF’s estimates have remained unchanged, at an annual growth of 4.7 percent, but they were revised downwards for 2019, when the increase in prices will slow down to 2.7 percent (compared to a 3.1 percent prognosis in the spring). In 2017, Romania had an average annual inflation of 1.3 percent.

Two days ago, analysts from ING Bank issued a warning on the future of the Romanian economy, given that fiscal policies and the budget are in the worst situation they’ve been in since the crisis, economic growth is slowing and the country is entering an electoral period.

“Romania is entering election mode, with the bulk of the previous electoral promises backloaded to maximise the impact. Hefty state handovers without structural reforms should widen the trade deficit further. The NBR is walking a thin line with little appetite to increase RON carry. As GDP growth dwindles and the tide of optimism in the Eurozone recedes, Warren Buffet’s aphorism that some companies will be revealed ‘swimming naked’ might prove true for Romania,” the analysts write.

Romania records 4.8 pct economic growth in the first half of 2019