Apa Nova looking to reduce its impact on the environment 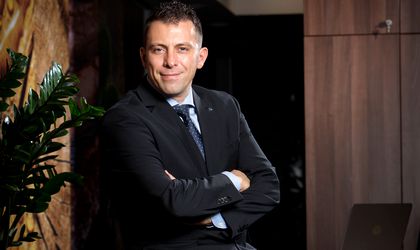 Andrei Hostiuc, deputy general director at Apa Nova, tells Business Review about the ways in which the company contributes to the circular economy in Romania and its main investments targets on the local market.

Upon signing the Concession Agreement with the City Hall of Bucharest 20 years ago, in 2000, Apa Nova became the concessionaire of the public water supply and sewerage services of the Bucharest Municipality. This year, the agreement was extended for a further 12 years, until 2037. 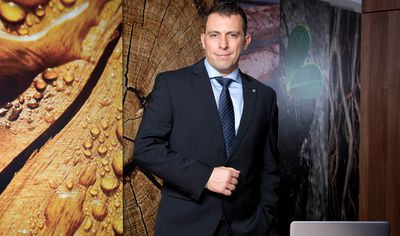 Two decades ago, Apa Nova committed itself to offering essential high-quality services to the inhabitants of Bucharest and its outskirts, under conditions of maximum safety. Moreover, the company’s daily performance is thoroughly evaluated based on the 23 service criteria stipulated in the Concession Agreement, which include technical and commercial performance indicators.

Apa Nova currently manages 2,508 kilometres of water pipes, a 2,380-kilometre long sewerage network, three drinking water production stations (Rosu, Crivina, Arcuda), 7 pumping stations, 37 re-pumping stations, and a treatment plant at Glina. At the same time, we monitor the quality of drinking water 24 hours a day and take daily samples from 54 fixed testing points which are distributed throughout Bucharest, each year performing over 6,000 tests through which we monitor 120,000 indicators.

How do Apa Nova’s business practices reflect the principles of sustainability and the circular economy?

Follow-on investments and upgrading the water and sewerage system are strongly based on Apa Nova’s access to the technical and managerial expertise of a world leader in the field of environmental services: Veolia. In today’s circular economy, in order to move from resource consumption to a use-and-recover approach, Veolia designs and implements solutions aimed at improving access to resources while protecting and renewing them and continuously reducing our impact on the environment.

To close the circular economy loop, the Group is enhancing its expertise on eco-design in order to be able to provide better support to producers from the initial stages of designing their manufacturing processes to producing new materials from processed waste. We therefore contribute to generating new resources as wastewater is returned to the natural circuit and waste becomes reusable in production processes or is used as fertiliser in agriculture.

To sum up, the entire process consists of capturing the water from the Arges and Dambovita rivers and guiding it to treatment plants in Arcuda, Rosu, and Crivina for disinfection, filtration, and pH correction before it is distributed to homes in Bucharest and surrounding areas which the company serves. The water circuit ends at the Glina wastewater treatment plant, where we collect it then treat it mechanically and biologically to return it to the natural water circuit. At the same time, the biogas generated during the treatment process is used to produce electricity and heat.

What is Apa Nova’s contribution to Bucharest’s transformation into a city of the future?

Apa Nova will continue its efforts to improve the city’s water and sewerage infrastructure through strategic investments, something that is needed not only in Bucharest, but in other major European cities as well. At the same time, the company has responded and will continue to do so immediately and pointedly to all strategic urban and metropolitan development project, including of course the city’s Master Plans for development, financing applications or digitalization projects.

Through the addendum signed in August 2020, Apa Nova has agreed to invest a total of EUR 367.9 million in four primary strategic axes, but mainly in combating the effects of climate change phenomena: reducing flooding risk in central and depression areas by extending the rainwater and household sewerage network by more than 94 km, adapting the water infrastructure to current needs and urban development stages by resizing the water distribution system in Bucharest and its surrounding areas – an investment project that will benefit over 645,000 inhabitants –, and extending the water and sewerage networks by 132.8 km and 91.4 km respectively, according to the urban development plan.

What is Apa Nova’s digitalization strategy for the next 5 years?

In recent years, Apa Nova has made major investments in digitalization and will allocate several million euros to continue and even accelerate this process. We are talking about the digitalization of processes related to production, operations, support services, customer service, and human resources management.

Our company has implemented and is constantly looking for innovative operational technologies, from applications enabling automatic control of water treatment plants, treatment and pumping processes, smart metering or online water quality monitoring to software solutions that can predict and detect losses and emergencies or even automate billing and customer interaction processes.

At the moment, our field teams are equipped with tablets and use a digital tool to automatically take work orders and request the delivery of materials directly to their location. Communication is thus instantaneous and downtime has been eliminated.

Digitalization remains a top priority for us, and so does developing a well-defined digital ecosystem that is receptive to the current needs of the market, to help the company evolve, collect data, and analyse it quickly in order to save resources and be more efficient. Having undergone a complex business transformation process over the last 5 years, Apa Nova is now in the Continuous Improvement stages, which aim to deepen and expand the digitalization of processes within the company by integrating technology into all operations. This stage involves continuously developing and increasing our teams’ digital skills, which is why we use an internal e-learning platform and we have created a custom structure dedicated to digital transformation.