Over the previous 15 editions of the event, Business Review sets the spotlight on the achievements of the business community, thus awarding and celebrating the companies, business leaders and entrepreneurs that showed drive, initiative and who achieved the best results in their class of business.

Facts & Figures from the previous editions 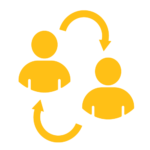 Witness inspirational initiatives, programs and companies and meet the people behind these successful accomplishments 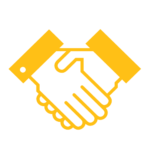 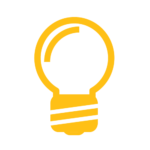 A truly special evening in the company of like-minded individuals that aim to create value for businesses, for people, for Romania

The Business Review Awards Agenda will be updated soon!

Categories
1. Best CSR Initiative of the Year
Description
This category awards the CSR initiatives of both Romanian and multinational companies with the highest impact on the community during the current pandemic. It also recognizes the efforts made by the business environment to support the communities and / or the sectors that have been hit hard by the negative economic impact of the SARS-CoV 2 outbreak.
Judging Criteria
2. Best supporter of healthcare services
Description
This category recognizes the efforts made by all the players active in the healthcare services sector be it pharma companies, medical clinics, medical technology players in order to come up with solutions meant to support the healthcare system to manage the pandemic in Romania.
Judging Criteria
3. Working Romania Champion of the Year
Description
The Working Romania Champion of the Year category awards the outstanding achievement of the companies active on the Romanian market – Romanian or multinational ones – when it comes to their HR strategy seen from different perspectives: work from home strategy, motivation and compensation plans, retention of their employees, non-financial benefits adapted to the specific of the pandemic (including measures taken to diminish the negative psychological pressure on their employees).
Judging Criteria
4. Most Adaptive Business Model in 2020
Description
The SARS-CoV-2 pandemic disrupted the normal course of the global economy, including the local one. Flexibility and adaptability of the business models were the most important characteristics of a company in such a difficult year. This category recognizes the most innovative companies which managed to adapt their business model last year and became a role model for their sector or other industries.
Judging Criteria
5. Innovator of the Year
Description
This award recognizes novel, innovative and research-driven strategies, developed in/for Romania. The category is meant to cover the many developments related to the introduction of new products, services or campaigns, as well as the roll-out of R&D oriented investments in order to bring their contribution to a better life.
Judging Criteria
6. Executive of the Year
Description
This award has been developed to recognize innovation, excellence and results in a corporate setting. Our key goal is to recognize individuals who have demonstrated tangible successes across a number of industries and sectors. Plus, the award seeks to recognize remarkable achievements of business people that go above and beyond their daily roles and responsibilities as head of companies, local or international.
Judging Criteria
7. Excellence in Business | Powered by Apa Nova
Description
This award recognizes the outstanding achievement of a local business over a longer period of time, looking at aspects such as innovative character, development achievements, market share and the overall relevance for the local business environment. In today’s hyper-fast world, excellence requires building flexible, nimble organizations that can quickly adapt to rapidly changing markets without losing sight of their vision of winning.
Judging Criteria

This category is powered by:

8. Most Dynamic Company of the Year
Description
This award recognizes the most dynamic company in 2020, a challenging year for the local and global economy, by highlighting the growth of the business and the pace to which this growth has been registered. It also acknowledges the importance of the company for the increase of the sector and its impact on the economy and society as a whole in such a difficult year.
Judging Criteria
9. Entrepreneur of the Year
Description
This award recognizes the entrepreneurial efforts and achievements of a local business person who has managed to develop a successful regional or national business, looking either at the innovative nature of the business started or at the growth parameters and the created value.
Judging Criteria
10. Company with the Highest Social Impact in 2020
Description
The Company with the Highest Social Impact in 2020 award acknowledges the social impact of the companies on the Romanian market from the economic perspective. It also looks to the companies that have powerful initiatives to drive social change and are committed to making a difference alongside their business goals.
Judging Criteria
11. Personality of the Year
Description
This award recognizes the impact of a local personality on economy, society, health and community, considering the current pandemic and its negative impact on all the aspects of our lives.
Judging Criteria
12. Business Review Special Awards
Description
Judging Criteria
Nominate a candidate / project

Nominate your Business Champions of 2020 using the form below. Please fill out all fields and make sure to provide correct contact information of the person we can address further questions to, if needed! Submissions are open until March 16, 2021. After submitting your answers, you will be redirected on a page confirming your nomination was registered.

For any further details or queries, just drop us a line at events@business-review.eu

Will consist of three steps that include both online activities and one Jury Meeting, as follows:

Each member of the jury is responsible for their proposals and should nominate candidates which meet the eligibility requirements.

All candidates will fill-in and submit a standard online form. These standard forms will be the support for the decision taken by the jury during the online vote and the live meeting. If there are more than 3 nominees in one category, the jury will short list the top 5 by a ranking system previous agreed on, or simply using qualitative assessments.

All information regarding the nominees is confidential and shall not be disclosed by the jury to the public or any other third party.

Step 1: Choose the category that best fit's your achievements or the company’s accomplishments. Submit your nomination/nominations, in English or Romanian, and enter the competition by March 16!
*you can fill-in multiple online forms in different categories and the nomination process is free of charge

Step 2: The BR team reviews all nominations. If all requirements are met, your nomination will be shortlisted and submitted to the Business Review Awards jury members.

Step 3: The Jury evaluates all submitted forms and makes a shortlist including 5 nominees that are the most successful in complying with the requirements. The shortlist will be announced on the website on March 26.

Step 4: The final vote of the jury will decide the winners in each category of the Business Review Awards.

Step 5: The winners are announced and awarded their prizes at the Gala in April 2021.

At its 16th edition, the Awards will celebrate 2020’s pacesetters in an intense competition evaluated by an independent jury which ensures the integrity and transparency of the judging process. The nominees for each category will undergo a judging process and the winners will be publicly announced and presented with their awards during the Gala ceremony in April 2021.