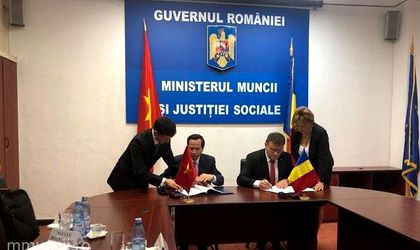 The Romanian government is trying to reduce the workforce crisis in many areas of the economy by importing foreign workers, and has just signed a memorandum with Vietnam in order to receive more Vietnamese workers.

The memorandum was announced exclusively by BR at the end of October.

The memorandum offers protection to the Vietnamese citizens working in Romania.

“There are around 3,000 Vietnamese citizens working on the territory of Romania, who are pleased with both working conditions and salaries,” Dao Ngoc Dung said.

Last month, the Romanian minister of the Business Environment, Commerce and Entrepreneurship Stefan Radu Oprea has visited Vietnam and signed two memorandums regarding SMEs and investments.

Romania is very interested in attracting Vietnamese workers in order to limit its severe workforce crisis.