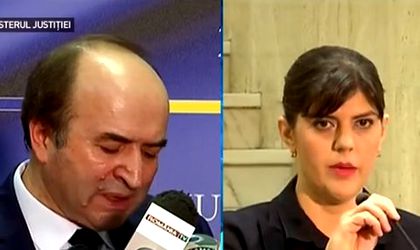 UPDATE: A statement released by the Constitutional Court says that president Iohannis must remove DNA chief prosecutor Kovesi from her position.

The six out of nine CCR judges who voted for this solution wrote that “the president’s prerogative to remove the prosecutor from her management role is exclusively related to a regulatory and legal control of the procedure. Thus, the president does not have the constitutional competence to raise opportunity arguments on the removal proposal made legally by the Justice Minister.”

Hours after the decision, hundreds of people protested near the government building in central Bucharest. The protesters had accused the ruling party PSD of meddling in the activity of the Constitutional Court.

Earlier, president Klaus Iohannis said that “no matter what the court decides, I will expect for the motivation, I will read it and will act accordingly.”

The former minister of Justice and current MP, Catalin Predoiu, told BR: “In general, I abstain from commenting the decisions of the CCR, I didn’t do it not even when the rulings were questionable, from my perspective. But in this case, we have an erroneous decision from a legal technical perspective. The request was inadmissible. Aside from the fact that the law is clear regarding the presidential attributions, there can’t be a legal conflict within the same power, so this is why we are talking about a constitutional legal conflict between powers. Read the plea of university professor, PhD, Simina Tanasescu, sustained at the CCR and you will find impeccable and unbeatable arguments. Then, what were the counter arguments that defeated this in the vision of the CCR? Probably, the opportunity ones. But when you defeat the law with the opportunity, you invade the sphere or the other way around, you exit the sphere of legal principles. Let’s see the motivation and the solutions indicated by the CCR to exit the conflict.” 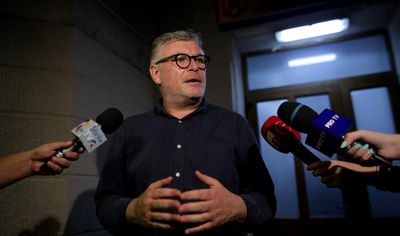 Shortly after, Toader said he would challenge the decision at the Constitutional Court because he doesn’t have the legal ability or the capacity to assess the professional and management activity of Kovesi.

In early April, Iohannis said the saw no reason to dismiss the head of the DNA.

In February, Toader published an assessment report regarding the activity of the DNA in the past year.

The Superior Council of Magistracy (CSM) issued a negative opinion on Toader’s request.

Kovesi has been leading the DNA since 2013. Her second mandate at the helm of the institution ends next year. During her tenure, anticorruption prosecutors have tried a series of influential politicians.

Parliament rejects Administrative Code that would include special pensions for mayors after CCR...