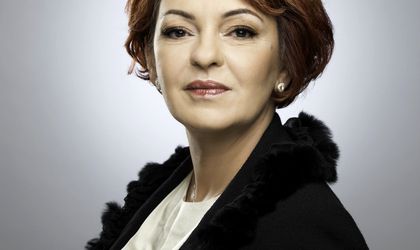 Elena Petrascu has resigned this Thursday from CEO position at Posta Romana, in front of the board’s members.

Elena Petrascu said: “Starting October 2017 I’ve taken over the attributions of CEO position at Posta Romana. Since the beginning I said that I would take over this position as interim. Today it’s time I said good-bye from a team that I trust, a team with whom I repaired, I build and developed this company. If I were to choose two words that summarize what we did together for the company in these 4 months, they would be transparency and responsibility. I like to believe that we developed a correct and open relation, both with the mass-media’ representatives, as well as with the clients and Posta Romana’s employees. We proved transparency and openness. To bring a concrete argument for the working manner, we put at your disposal a report of Posta Romana’s activity from the last 4 months. We tried to repair as many issues as possible from the past at Posta Romana. In the short period that I had at my disposal, I succeeded to refresh the company through concrete and, I dare to say, efficient measures. Posta Romana is solvent, stable, with more and more development perspectives. The economic indicators are positive. We paid up the debts to 15 partners on cash-collection. We made payments of RON 580.38 million in the last 4 months. All these payments resulted in a lower debt to the state budget. From RON 188.72 million in October 2017, we reached RON 95.43 million in the present. Almost 50 percent of the company’s debt to ANAF is paid and the current taxes were completely paid, month by month.”

Petrascu says that Posta Romana has back-payments of RON 119,727 on cash-collection. In October 2017, these debts amounted to over RON 34 million.

„The payments were made at the same time with the payment of all salaries in due time, without any decrease, with increases in the gross incomes. Moreover in these 4 months, Posta Romana continued the investments plans, acquiring both technological lines from Fabrica de Timbre, as well as cars. We responded to the network’s needs. I think that the main message after 4 months is that Posta Romana can recover the market position, ” concluded Petrascu.