Bitdefender expands to Japan, considers a round of investments next year

At the end of last year, Romanian security solutions company Bitdefender started its offensive on the Japanese market, together with a local partner, competing against Trend Micro that has a share of 54 percent.

“Why Japan? Because, if we look at the large markets of the world, on the enterprise area, there are North America, the United Kingdom, Germany and Japan. These are the first four markets,” says Florin Talpes, CEO and founder Bitdefender.

In Japan, Bitdefender’s business model is different, as the company offers there lifetime products, which refers to the lifetime of the operating system.

Romania and Japan are two radically different markets. “In Romania, the dominant model is the free model, which is normal because the market had a high rate of piracy. You have to go through the free model first and then reach the paid model. In Japan they started on the paid model and have remained on this model,” explains Talpes.

Another market with a very high awareness for Bitdefender products and services is Australia, where the company does not even have a team yet. “In Australia, we have a direct approach, we only sell online and are collaborating with a communication agency,” said Talpes. “Generally, any Romanian company that sells software applications will go to English-speaking markets: North America, UK, Australia, New Zealand, India,” he says.

The investments Bitdefender makes when entering a new market vary depending on various factors. “For example, in Middle East, where we chose to have a presence, we made the bulk of the marketing investments,” said Talpes.

Also, the costs with the teams are considerable, he says. “On the American market, a team core can cost you in a year at least USD 1 million, which includes salaries, offices,” he says.

The most important markets for Bitdefender at the moment are North America, Western Europe, with Scandinavia being “a very technically oriented and interesting market.” Bitdefender already has an office in this area, located in Denmark.

“We are now expecting a boom in the enterprise area right now. The card that we are playing a lot at this point is in the area of virtualisation and cloud. We have not attacked the large organizations so far, and we are now doing that because our technologies are disruptive,” he says.

On Android, the company exceeded half a million users of its solutions.

“With Apple, you cannot go through the front door, because there is no front door in their case when it comes to security,” says Talpes.

Financing needs may appear for Bitdefender next year

So far, the company has developed organically. “If we manage to achieve what we have proposed, than we may need a round of investments. On the enterprise area, a demand is being born that we might not be able to face. So, we need money to be able to absorb the demand we have,” says Talpes.

He added that specialized investment funds are “smart,” and “come with 3 things: money, business networking and human resources networking.” 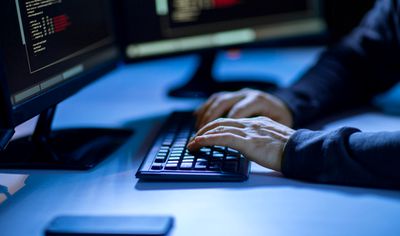 Read more about
Six out of ten companies have experienced IT security breaches in the last three years, study finds
read more

“This is what Silicon Valley is like. We are on the radar, and have started to look more carefully who are the actors and who is interested, but we have not made a decision yet. If the situation requires it, the screening of potential partners will be made this year and the round of investments will be in the first half of next year. “

“Listing on the stock exchange is at least a 1 year exercise. We are ready from the point of view of the transparency and auditing, corporate processes, but we need the go-to-market side,” explains Talpes.

– “For Bitdefender, the Romanian market represents under 5 percent. Unfortunately, we do not have the same rate of growth as in other countries because here we are a dominant player while on other markets we have room for growth. However, Romania is a difficult market because it is unstable and out of a sudden there are things which disturb the economic environment.”

– “In Romania, if you have a contract with the state, you are considered a cheater. For this reason, companies often prefer to inflate revenues they achieved in the private sector.”

– “If we look in the past, whenever there were elections in Romania, revenues on the IT market went down. The elections fall like a bomb on the market because they freeze responsibility in the public sector.”

– “Moody’s rating really does have impact. Foreign companies are really looking at certain indicators so political instability can do a great deal of harm.”

– “Six years ago, the gap between salaries in Bucharest and Iasi could be even double in IT. Now, the difference is only 20-30 percent, or even equal. Demand has moved from Bucharest to other cities such as Timisoara, Cluj, Iasi. In Timisoara, we witnessed specialists being brought there from other cities. Craiova and Constanta have not been touched by this virus yet. And, still, if the pool dries up, there is still the Moldova Republic and Ukraine to recruit from.”

– “I am a fan of clusters. Bitdefender would have had more to gain if there was a cluster of 5 security companies. However, when I say cluster, I am referring to clusters on certain specializations. One example of emerging cluster is Magurele, which hosts the Extreme Light Infrastructure- Nuclear Physics project.”

Bitdefender: Romania, the most vulnerable country in the word to new cyber attack...