Taking stock of a positive future 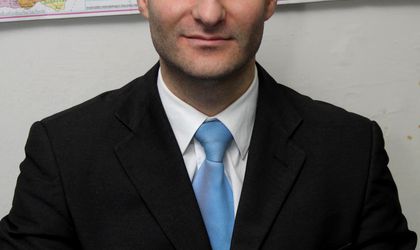 With ambitious plans for Transilvania Capital, Bogdan Ceuca remains optimistic about the evolution of the capital market and hopes to secure a merger with a larger broker in the future.

For Bogdan Ceuca, manager of the Bucharest branch of SSIF Transilvania Capital, the stock exchange was both a school and a bold step for his career. He took some specialized courses in brokerage and trading on the Sibiu Monetary Financial and Commodities Exchange in 2003, and one year later became agent of financial services and investments at the Bucharest Stock Exchange (BSE). In 2004, he was appointed branch manager of the newly launched Bucharest branch of Transilvania Capital.

But how did the business start? Back in 2003 Ceuca and his partners took over the operations of Depfa Securities, a financial investment services company that was going to be closed, which had Irish and German branches of Depfa bank as its shareholders. After that, the company became Transilvania Capital, specialized in other financial brokerage activities such as BSE transactions, stocks, derivatives and public securities.

“We tried to merge with other brokers with the intention of creating the largest broker in Romania back in 2007. The merger was supposed to involve Broker Cluj (with a market share of 4-5 percent), HTI Valori Mobiliare (a 1.5-2 percent market share), Investco (1-1.5 percent) and Transilvania Capital (0.4-0.5 percent),” remembers the young entrepreneur. The merger failed for different reasons but Transilvania Capital didn’t give up on the idea of joining forces with a larger player on the market. “We tried a new merger with WBS Romania, a company specialized in Romanian and international transactions, in the summer of 2009. But that failed too for price reasons. At the moment Transilvania Capital is an independent company and has nine individual shareholders,” says Ceuca.

The idea to set up such a business came as a natural step in 2003, as a result of a favorable context and the opportunity to buy Depfa Securities. “Besides, there was no need to obtain all the authorizations from the National Securities Commission and there was a common interest to start this business,” says the businessman. “There was a need on the market for such firms at that time because many people owned stocks in different marketable companies. In addition, the stock exchange phenomenon was less developed, with few people investing their money on the stock market.”

As for the challenges his business has faced, Ceuca says the current financial downturn started for Transilvania Capital in July 2007, along with the mortgage crisis on the American market, and became more visible during 2008. “We have had three full years of crisis and during this time we have needed to manage our costs in a very efficient manner,” says the branch manager. Although Transilvania Capital is a small company with low costs, it has been hard hit by the current crisis. “Things are anticipated on the BSE three to six months before the real economy. Since 2008 Romania has posted a negative quarterly economic evolution and this started to be felt on the stock exchange six months in advance. In such a context, our main challenges have been to obtain positive yields for our customers, also when the market was declining,” adds Ceuca. According to him, Transilvania Capital’s market share increased by 25 percent in 2008 on 2007. “This evolution was not apparent immediately but it became visible during 2009 when the international economy started to recover,” he says.

An entrepreneur who runs such a business needs to do three things in order to keep his position on the market safe, thinks the branch manager: to bring added value to his customers, to offer new products and to make mergers or different partnerships with local or international brokers.

Speaking about the most difficult time his business has endured, Ceuca says it was in August 2008 when Merrill Lynch crashed. “This moment was comparable with the big downturn in 1929 in the US, when the price of stock simply collapsed and many banks crashed,” argues the broker. If he started another business he says it would be important to have partners and shareholders of his caliber.

Transilvania Capital operates on a pretty crowded market, as there are 65 brokers active on the BSE and SIBEX and about five to ten that operate only on the international market at the moment. But Ceuca is not afraid of the competition, seeing it as a great opportunity to be the best. “Competition makes you better and makes you act in real time. Our quality services, performance and discretion are what differentiate us from the crowd,” says the entrepreneur.