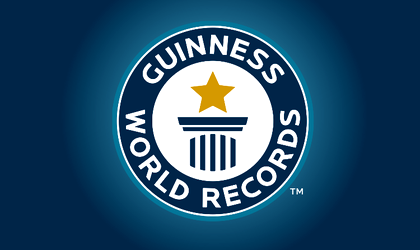 Guinness World Records has an over a half century old history. The idea of publishing a world records book belongs to the Irish man Hugh Beaver. The first edition was published in 1951.  Romania entered Guinness Book for the first time in 1986, and today has over 42 recognized records.

But not all of them are included in the Guiness Book. Most of them are only approved by the World Record Academy.

Here are some of the Romanian approved World Records. Sports is the main category with the most approved world records.

Iolanda Balaş made the Guinness World Records after getting 142 victories in a row for ten straight years.

Mihaela Melinte made the Guinness World Records for the longest hammer throw.

Lia Manoliu made the Guinness World Records for Olympic longevity.

Ghiţă Mureşan made the  Guinness World Records for being the tallest NBA player.

Helmuth Duckadam  made the  Guinness World Records after defending four penalty shots in a row during the European Champions League in 1986.

Constantina Diţă made the  Guinness World Records for being the eldest marathon Olympic champion in history.  At the 2008 Summer Olympics Games she won the marathon at age 38. Her trainer, Valeriu Tomescu, was 32 and own the world record for being the youngest trainer of an Olympic marathon champion.

Nadia Comăneci made the Guinness World Records for getting the most 10 grades at a single Olympics Game edition.  She got seven 10s in 1976, at Montreal. She was 14 at the time.

The poem Luceafarul written by Mihai Eminescu is known for being the longest love poem in the world.

The longest letter for Santa Klaus was written by 2,110 students in Brasov city in December 2008 on a 413 m long role of paper.

Young prodigy Cleopatra Stratan was approved as being the youngest singer to ever record an album, and to have had a live concert. She was three when she held a two hour long concert.

The biggest hug in the world happened in 2009, in Alba Iulia, and 9.758 people participated, including the president of the country at that time, Traian Basescu.

The record for the most people to ever do synchronize dancing was set in 2007 in Targoviste city. Around 2,600 people have participated and have danced together for six minutes.

In 2007 Romania’s former Gymnastics National Team’s trainer Octavian Belu was declared the most successful trainer in the world.

The Parliament Palace in Bucharest owns three records. The biggest, most expensive and heaviest administrative building in the world. Designed by Anca Petrescu, the building has 330,000 square meters and is evaluated at USD 4 billion.

The longest painting in the world was made in 2008 by young painters studying at Nicolae Tonitza high school in Bucharest. The painting had 3.6 km and was made by 800 students.

Romania’s National Bank Governor Mugur Isarescu owns the world record for its longevity in this position. His title was approved by The Guinness World Recors in 2009.

The eldest mother in the world is Adriana Iliescu. At 67, she gave birth to a girl, Eliza Iliescu.