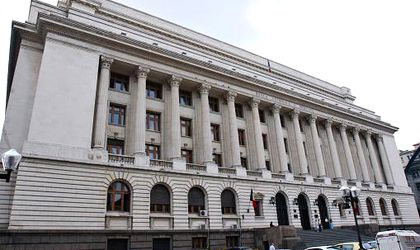 The National Bank of Romania (BNR), Romania’s central bank, decided on Wednesday to maintain the monetary interest rate to its current level of 2.5 percent, in line with economists’ expectations, who forecast further increases at the next meetings this year.

On May 7, the central bank raised the monetary interest rate from 2.25 percent to 2.5 percent, the highest level since February 2015, as a consequence of upward revision of the inflation forecast.

“We think the central bank may postpone a decision on the policy rate tomorrow. That is under normal circumstances,” Erste Group analysts said on Tuesday in a report.

“If however we consider the degree of pressure that capital outflows may be exerting currently, as suggested by FX forwards implied interest rates consistently trading above 4%, it could be that we are not in normal circumstances, in which case an early rate hike may be better advised. As we said, it will be a close call, which is why we assign a 60% probability of no hike versus a 40% probability of a hike,” they added.

Romania’s annual inflation rate soared to 5.4 percent in May, the highest rate since June 2013.

The current BNR forecasts, published in May, show inflation hitting 3.6 percent at the end of this year and 3 percent in December 2019.