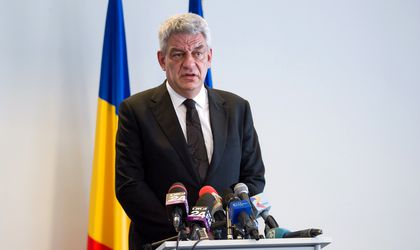 According to a statement by Romanian PM Mihai Tudose, Romania’s economic growth is a sustainable one, and the figures reflect that. Namely, although the total number of full time employees is comparable to that in 2008, the nominal GDP is EUR 71 billion bigger than 9 years ago, Tudose argued.

In the third quarter, Romania has the biggest economic growth, according to Eurostat, the Romanian PM wrote on his social media page. “This economic growth is the result of the work of all Romanians and of all fair companies in this country. In order to counter the reaction of a choir of complaints, I state with full responsibility that we have a sustainable economic growth. The figures are showing it: although we have a number of full-time employees almost equal to that in 2008, in 2017 we produce a nominal GDP that is EUR 71 billion bigger than in 2008,” Mihai Tudose wrote.

With 8.6 percent, Romania recorded the biggest economic growth in the first three quarters of 2017, data released on Tuesday by Eurostat shows. Romania was followed by Latvia with 6.2 percent, the Czech Republic and Poland with 5 percent year-on-year economic growth. According to the statistics body, the GDP of the eurozone increased year-on-year by 2.5 percent.