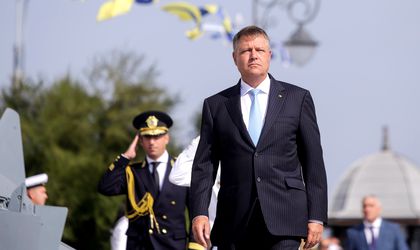 President Klaus Iohannis said on Friday that the nation’s great victories are possible if Romanians stay united and not divided.

“The great victories of the nation are possible if we are united, not divided, if we have high aspirations, not personal goals, if we hold close to the democratic and civilised nations, instead of isolating ourselves from them,” the head of state said at the reception held at the Cotroceni Presidential Palace on the occasion of the National Day of Romania.

He spoke about the achievement of the Greater Union.

“Those who have made possible the major historical event of the past century have left us a rich heritage of ideals, values and vision. Of all, the most beautiful spiritual legacy that I would like to rediscover these days is that the Greater Union was, in fact, a great and profound union of all Romanians, around a common desire, for which no sacrifice was too great,” Iohannis said.

He stressed that the Centennial of Romania is not only about remembrance of the past, but also about the present and the future.

“The good functioning of the state and the establishment of long-term national goals are indissolubly linked to the good understanding and correct understanding of the lessons of the past. The path to the Greater Union was difficult and challenging, but our forefathers succeeded due to their desire to belong to the same set of values and principles. Among the values that paved the way for the achievement of the Union and those values that we strongly believe in today, there is unquestionable continuity. In this sense, December 1 is not only a national celebration, but also a European celebration. Solidarity, respect for the law, for the citizens’ rights and freedoms, give the European project consistency and have been fully adopted by the Romanian people. These are the values for which our country joined the European Union, out of a desire to consolidate our democracy, regained with great sacrifices in December 1989, in an area of peace, prosperity and freedom. It is the bridge over time that connects Romania of today with the vision of the political figures who made possible a century ago the national ideal of the Great Union,” the head of state said.

He showed that despite the dramatic circumstances that marked the course of our nation over the last century, Romania managed to translate into reality a large part of the goals of its predecessors.

“Romania could not have overcome the attempts of the last century, if it wasn’t not a unitary state.” The Romanians could not have surpassed the tragedies of the recent past if the Greater Union did not give us confidence in the future. In only a half of these 100 years that we celebrate our nation was able to freely express its creative capacity, to walk on the path started in Alba Iulia on December 1918. And it wasn’t a day or an hour when those who have received the gift of the Greater Union stopped loving Romania,” Iohannis said.

He stressed that Romania has continued to be loved within its borders and beyond.

“Romania was loved in Marasesti, on the bloody fields of the Second World War, in the provinces that because of the troubled history of the past century remained outside the country, as well as in Sighet, Pitesti, Aiud, and on the barricades of the Revolution of December 1989. Romania is loved today for the achievements of the forefathers, for what is now, as it is loved for what it is not yet, but we want it to be for future generations. Romania is respected today in Europe and in the world for this love for the country also manifested itself in the creative works of the Romanians who contributed to the civilisation of the world,” Iohannis said.

The reception was attended by about 800 people. Among those who participated were Prime Minister Viorica Dancila and members of her Cabinet, former presidents of Romania Emil Constantinescu and Traian Basescu, heads of the Romanian Intelligence Service (SRI), Eduard Hellvig, and Foreign Intelligence Service (SIE), Gabriel Vlase, representatives of religious cults, diplomats.