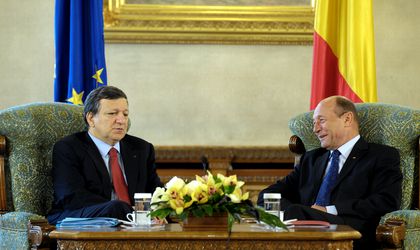 Romanian president Traian Basescu is set to meet European Commission president Jose Manuel Barroso on September 14, in Brussels. This will be Basescu’s first visit outside of Romania since returning to office after the referendum to impeach him.

The EP is set to debate the political situation in Romania on Wednesday, September 12.

Barroso said, in a speech last week quoted by Mediafax newswire, that he is proud of the role that the European Union and the European Commission had played in reference to Romania’s recent political crisis. “It is decisively important that all member states respect the state institutions and democratic values of a pluralistic and free society. This is why I want to say I am very glad and proud of the role the European Union and the European Commission are playing with respect to the problems emerging in Romania,” Barroso said quoted by Mediafax.