Novei GM has business in the blood 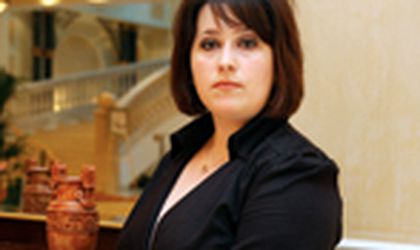 Nothing teaches like experience, some people say. One person for whom this was definitely the case is Oana Simon, one of the young entrepreneurs who have gained extensive business experience in a short time. She took her first step in the business world back in 1995, when she was 21, selling office equipment and paper goods through two shops in Bacau. Two years later, Simon decided to invest in a print shop, called Tipografia and Editura Ioana. The company rapidly became one of the most important players in Bacau. But things developed quickly and her entrepreneurial spirit soon sought out another business opportunity. In 2004, Simon decided to set up a plastics factory, Novei Medical, using Phare funds. By the end of 2006 the company had officially launched its operations on the market. Today, Novei Medical is one of the few producers in Romania specialized in devices for medical tests (double disk, urinalyses devices, incineration boxes and medical waste storage devices). Both the biggest private medical clinics and laboratories and stated-owned hospitals in cities such as Bucharest, Constanta, Piatra Neamt, Bacau, Suceava, Tulcea, Giurgiu and Vaslui are among its customers. Oana Simon decided to start the business when she attended an international plastics processing machines exhibition in Germany. “That was the moment when I thought I could set up a performance plastic factory in Romania that met the needs of individual consumers,” remembers Simon, general manager of Novei Medical. But once she was back in Romania, she had to decide whether to continue with the old businesses – the print shop and paper goods and office equipment companies – or start a new one from scratch. For anyone who is not an adrenalin junkie, to stay in the same business for years might have been preferable. But Simon wanted to do something different and challenging. “At that time there were no producers of medical analyses devices in Romania. So, I quickly identified this difficult but winning niche,” says Simon. She adds that to start a new business from scratch was more challenging than to launch a business on a saturated and highly competitive market. “I needed to do something new, that kept me on the boil. When I knew the field better I realized that Novei Medical was among the pioneers in this industry, because our main competitors were importers,” says the entrepreneur. As in other businesses, there were difficult moments and unforeseeable challenges. But when you start a business with borrowed money, things are more complicated. Regardless of whether your company is making a profit, you have to pay the monthly installment. “When we took out the loan we realized that the bank was not an equal partner with us. After a month, we owed interest and the repayment, and the bank was calling us, but we didn't have any money. We were constrained, and couldn't afford to make mistakes because the banks never forgive,” says Simon. She adds that the most important challenge for Novei Medical was and still is the very existence of the business, because Romanian products do not currently boast a good reputation: people assume that they are of low quality and mistrust them. Moreover, Novei Medical products are not able to compete with much cheaper Chinese medical products. Incurring higher costs, Novei Medical respects all the standards imposed by the Romanian authorities and European Union. “Our products are aligned with the European scene and offer proper medical analyses. Moreover, the Ministry of Health has approved the raw materials we use, certifying that they don't expose their end-users to any risk,” says Simon. Another significant challenge is to maintain Novei Medical's market position. As for the competition, Simon says that the fewer medical producers there are, the more importers come on the market. “In my opinion the competition on this market is not quite fair. Our products must meet the requirements of external markets, and with all the production and distribution costs, we can't afford to charge low prices for them at present,” says Simon. Despite being a successful young entrepreneur, Oana Simon has some regrets over her career. “I regret that I didn't understand the essence of this business, and see that the market was not open to what we wanted to do a few years ago. Furthermore, I treated the business as a challenge and didn't realize that there was no place for Romanian producers,” says Simon. As for the future, the company's plans include the consolidation of its market position, maintaining its existing customers and attracting a greater number of new ones. Simon intends to continue to invest in the business, with one of the most important steps being a EUR 150,000 investment in a new matrix line for sharp-cornered devices boxes.