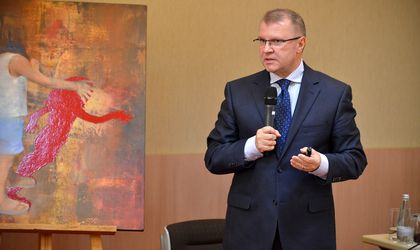 The Romanian state spends a lot more money on patients who are diagnosed in the late stages of rheumatic diseases such as arthritis than on those whose cases are picked up early, said Dr Catalin Codreanu (in picture), manager of the Rheumatic Disease Center in Bucharest.

The cost to society of someone falling ill with rheumatic disease reaches EUR 30,000 /patient/year. No existing treatment, no matter how expensive, will ever match this sum, which is the indirect costs resulting from the disease going untreated, added Codreanu. Only one third of arthritis patients can still work after 15 years of the disease.

Experts in the US say that rheumatic arthritis causes greater economic losses than any other diseases, of almost USD 128 billion per year.

In Romania, around 200,000 patients have been diagnosed with arthritis. It is important to diagnose the disease in the early stages, when it still may be cured.