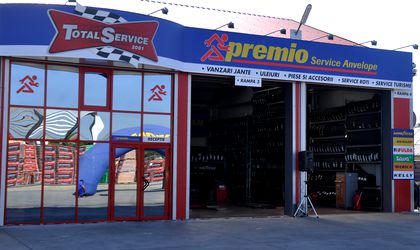 Goodyear Dunlop Tires Romania, the local subsidiary of the international tires manufacturer, opened a new Premio location in Focsani, together with its franchise partner Total Service 2001. The company also announced plans to open two new other service shops in Alba Iulia and Alexandria by mid-October.

By the end of the year the company plans to have 35 service shops in Romania. In Bulgaria, the Premio franchise has five service shops. The local subsidiary of Goodyear Dunlop plans to open locations in the Republic of Moldova as well.