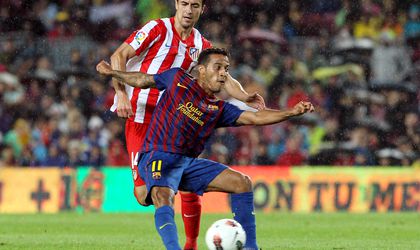 Over 500 constables will be on duty tomorrow in Bucharest to ensure order and public safety is kept for the match, according to a press release of the Bucharest Constables unit. They will be present on the fans’ routes to and from the sports arena and around and inside the venue.  Football fans that will be present at the match were recommended to come to the stadium starting 17.45 to ensure entrance is made easily.

Access to the sports venue is allowed only through the Basarabia Boulevard, Maior Coravu street and the Pierre de Coubertin Boulevard.

Romanian sports news site gsp.ro had previously reported that Columbian singer Shakira would also be present in Bucharest for the match.

The match between FC Barcelona and Dinamo is broadcast live on DigiSport 1 and Realitatea TV.
Photo: Press section of fcbarcelona.com.