Deloitte Romania: for banks, PSD2 is a signal to become proactive in digital transformation efforts 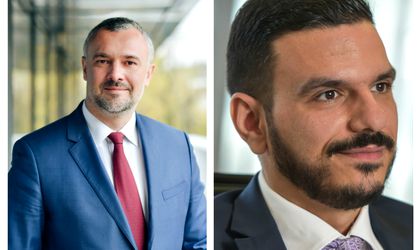 For banks, PSD2 is a message to become proactive in their digital efforts, Deloitte Romania representatives said. Its PSD2 banking and customer surveys set out to explore whether the revised Payment Services Directive (PSD2), which entered into force on 13 January, is set to rock the foundations of the banking sector and open up the market for innovation.

The PSD2 aims to facilitate innovation and competition by opening the banking market to FinTechs and other third parties. Designed to improve and broaden the spectrum of online financial services available to customers, it entered into force in most European countries two days ago.

Over the last couple of months, PSD2 has been frequently labelled as “ground-breaking” or “disruptive” by analysts and media, predicting wide-ranging and irreversible changes to the financial services market as we have known it.

Deloitte’s two independent surveys – European PSD2 Voice of the Banks (VoB) survey among 90 EU banks – on how the banking community has been preparing for the new “open banking” era with special focus on the CEE region and a CEE PSD2 – and Voice of the Customer (VoC) survey among CEE banking customers, which analysed their digital banking preferences and readiness to adopt new innovative PSD2-enabled services.

“PSD2 is not expected to have an immediate ‘big bang’ impact on the financial services sector in the short term. However, its effects, which will happen gradually, will be irreversible. PSD2 challengers will need to invest in building trust and awareness among customers in order to leverage market opportunities,” said Andrei Burz-Pinzaru, Managing Partner Reff & Associates, the law firm representing Deloitte Legal in Romania.

“For banks, PSD2 shall be a clear message to become proactive in their digital transformation efforts. Banking services have – due to the closed and heavily regulated nature of the banking system – stayed aside of the innovative digital offerings provided by the fast growing eCommerce and FinTech sectors. The gap in consumer experience has been growing ever since. Many key banking processes have not yet been digitised or cannot be accessed by customers online,” added Dimitrios Goranitis, Financial Services Risk Advisory Leader Deloitte Romania.

Two distinct groups of CEE banks have emerged – challengers, represented by large universal incumbent banks, are the most open to the PSD2 opportunities. A significant majority follows a cooperative strategy involving other parties. Minimalists, typically medium-sized and smaller players, often follow a defensive compliance-only approach or have not yet settled upon their strategy. In contrast, a significant proportion of WE banks pursue an aggressive PSD2 strategy aimed at gaining market share.

Biggest impact to be expected in retail banking, payments and consumer lending, many banks are considering alliances with FinTech

Many CEE banks have declared interest in partnering with FinTechs or other third party players. CEE banks and their WE peers alike expect PSD2 to have the biggest impact on retail and SME banking, while they identified the areas of payments and consumer lending as key opportunities.

While CEE banks are slightly more worried by the FinTech players, WE banks think that large incumbent banks are best positioned to benefit from PSD2. New digital challenger banks also came through quite strongly as potential threats, surprisingly, BigTech companies like Google and Amazon are not yet perceived as major competitors, despite their proven ability to disrupt the payments market.

Large WE banks tend to be more advanced with their PSD2 programmes than their CEE peers. Most resources have been devoted so far to regulatory compliance rather than to market strategies. Significant differences among CEE countries prevail, to some extent due to the varying speed of the national legislative processes – in several countries PSD2 will be delayed until mid- to late 2018, indicating a busy 2018 for many CEE banks.

Use of digital banking channels has been growing across CEE. Most of the CEE banking customers still use multiple banking channels, despite the ongoing shift towards digital and mobile. The CEE region can be split into two distinct groups: while Romania and Bulgaria remain below 20 percent share of digital banking channels, more mature digital markets represented by Poland, Hungary, Slovakia and the Czech Republic are already reaching up to 70 percent. Still, almost a fifth of CEE banking customers represent branch or internet hostages – clear opportunity for PSD2 digital challengers.

Despite the high internet and mobile penetration in many countries, over 11 million CEE banking customers remain “branch” or “internet hostages” – users who prefer to perform all their banking activities online or on mobiles, but are forced to use branches or internet banking as many transactions are not yet digitised or supported by mobile banking applications. This segment represents a clear opportunity for PSD2-challengers to win their direct customer relationship through advanced digital offerings leveraging PSD2. 42% of CEE Multichannel and Digital customers quoted more advanced digital channels as one of the top 5 reasons for switching to another financial services provider.

PSD2 has a clear disruptive potential but market adoption will be a long-term process: most CEE and WE banks expect the biggest impact of PSD2 to be felt between one and three years after its effective date. Some WE banks are more optimistic due to the more mature FinTech sector in WE, and count with first impacts already within the first year. The overall expectation, however, is that PSD2 will not have a “big bang” impact. Rather, its effects will be gradual and irreversible. Among the key reasons for the extended time horizon are the still missing parts of the regulatory framework, clear guidance for the interim period and unified API standards, followed by the as yet untested real-life relationships between banks and third parties and the necessary customer education.