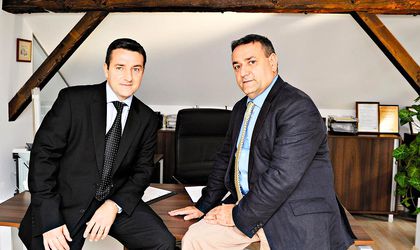 Corneliu Bodea, VP, and his brother Adrian Bodea, president of Adrem Invest, started a business in industrial applications back in the 90s with just 2,000 Deutschmarks. Now the company competes with names like Siemens and ABB, reached a EUR 10.4 million turnover last year and has plans to develop a specialized department in alternative energy this year.

Corneliu Bodea, VP of Adrem Invest, founded along with his brother in the early 90s – the beginnings of the private sector in Romania – Adrem Invest, an engineering company with expertise in industrial applications. “The idea came from my brother, Adrian, a physician who wanted to use the experience he had gained while working as a researcher at the IFA-Magurele. Research programs in which he had to deal with vacuum technologies whetted his appetite to try to develop a business in a niche area. The next step was to consider the Romanian market at that time and the conclusion was clear: the field of industrial applications was hardly developed. Moreover, the need for retrofitting the industry was something that convinced us that we should establish the company,” Bodea tells Business Review.

According to him, in the early years the company acted as local representative for BOC Edwards group – the largest manufacturer of vacuum equipment in the world at that time. The firm’s activity evolved very rapidly, and in 1995 it became a provider of its own solutions for vacuum applications in industry.

After four years, in partnership with Whipple & Bourne, a manufacturer of protective equipment for electrical distribution networks of medium voltage, Adrem Invest began to improve its expertise in the energy field by developing its design capacities and technological engineering.

From 2000, the firm expanded its activity and became the local provider of automation solutions for electrical distribution networks, launching an automation division. In the past 10 years, this division has evolved steadily to see the company being recognized as a local market leader in providing SCADA (Supervisory Control and Data Acquisition) solutions for industrial automation for utility networks. Some of the major power distribution companies in Romania have chosen SCADA solutions developed by the firm, including: RADET, Transgaz CFR, Enel and Transelectrica.

“In the past 10 years, Adrem Invest has been involved in major industrial projects and the modernization of infrastructure in Romania and Finland, South Africa, Portugal, Italy, South Korea, China, Turkey, Ukraine, Russia and Moldova. Because of the size of such projects, the financial turnover of the company was often affected by market fluctuations, so the company has built a business strategy aimed at overcoming the economic challenges of each period and providing a strong working capital. With the first signs of the global economic crisis in 2008, the company decided to invest in a business that brings a steady cash flow and gives it stability through the integrated services division,” says Bodea.

He adds:” The opportunity came from CEZ Romania which decided to outsource its management and meter reading services. Our company won the auction and thus became the partner of CEZ Romania, signing a EUR 32 million contract last year for a period of four years. So this division offers its services to 1.3 million clients in seven counties – Olt, Gorj, Mehedinti, Dolj, Teleorman, Valcea and Arges.”

The competition is fierce in this sector. The firm has to compete with big names such as Siemens, ABB, Danieli, Eximprod and Energobit. Corneliu Bodea remembers the most difficult year in the company’s activity. “I think the most difficult time was in 1997, the first and only year in which we recorded losses as a result of the leu’s devaluation of more than 100 percent. For me, the early period at Adrem Invest was divided into three parts: the first period in which we were wondering what money we would collect tomorrow, the second when we wondered what money would come next month and the third in which we wondered what money we would make over the next six months”.

The business’s plans will not stop here despite the crisis. “This year represents a new stage in the development of Adrem Invest, a year in which the company will focus on developing processes engineering by creating a specialized department in alternative energy. Some projects which will be developed within this department are highly efficient cogeneration, solar and modern solutions for hydro power generation,” says Bodea.