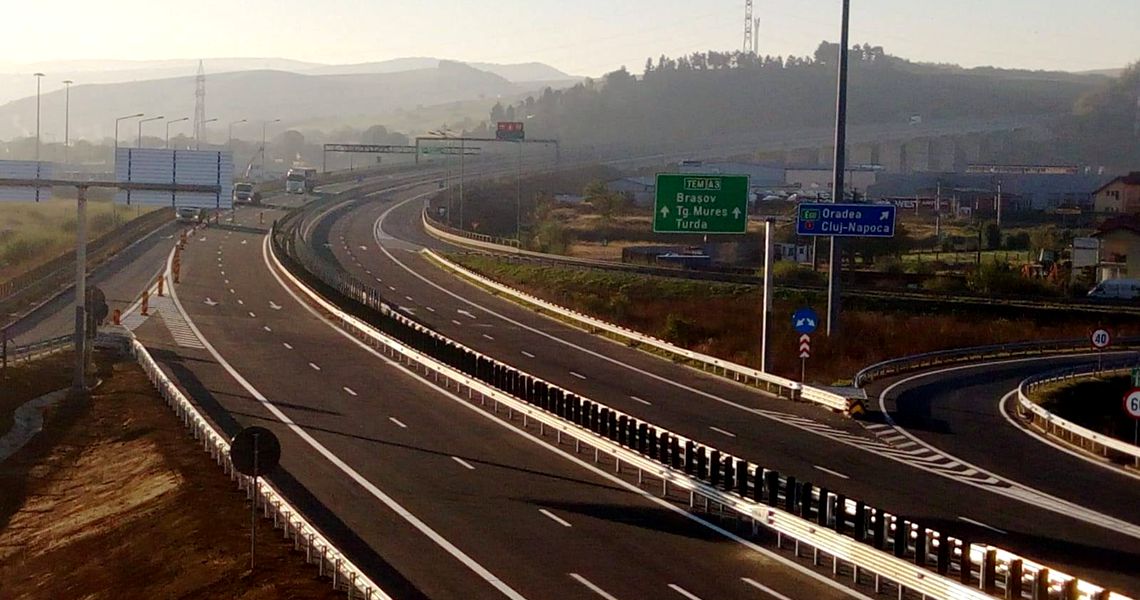 Romania’s motorway network has extended to around 807 kilometers following the opening of three small sections at the end of this year but looks like a puzzle with many missing pieces and will remain in this state for the most part of the next decade.

One of the main reason for the slow advancement of major motorway projects in Romania is the poor management of the state-owned road company (CNAIR) and the politically unstable position of minister of Transports.

In 2018, the management for all major Infrastructure state-owned companies has been changed, and at the end of the year the ministry has no minister, after president Klaus Iohannis refused to sign Mircea Draghici’ nomination as minister of Transports.

During the last 2 years, 3 persons occupied the position of minister of Transports but no one in Romania remembers their name or some noticeable result.

But despite these poor results, there are still many promises. Romania will have 1,000 km of motorway by 2020, compared to 807 km now, state-owned road company (CNAIR) manager Narcis Neaga recently told reporters, just days after the prime minister asked him to resign if Romania will not reach 100 km of new motorway-threshold this year.

Neaga’s promises came just days after he was threatened by Romania’s prime minister, Viorica Dancila, that he will lose his job if Romania will not have at least 100 km of new motorway completed this year.

Despite the fact that CNAIR’s manager missed the target, he was maintained at the head of the company by the main ruling party.

One of the motorways included in the governing programme, Targu Mures – Iasi, was completely abandoned by the current government.

Romania – which in 2018 has celebrated the centennial of its union with Transylvania and other smaller provinces – is building two separate motorway networks, and the fracture line lies exactly on the ancient border between the Romanian Kingdom and the former Austro-Hungarian Empire, which included Transylvania and the western province of Banat until 1918.

At this moment, the Western province of Banat, with its rich city of Timisoara, is the only Romanian region fully connected to the Western European motorway network, through the Nadlac/Csanádpalota border motorway crossing point.

But the missing link between Transylvania and Wallachia, the Pitesti-Sibiu motorway section, has little chance to be done within the next decade, and the main reason is incompetence, experts say.

Worse yet, the motorway network built around Bucharest is not connected to any other motorway network and there is no connection project other than Pitesti-Sibiu, so there are three motorways (Bucharest-Pitesti, Bucharest-Ploiesti and Bucharest-Constanta) used only to connect the Capital city with (some) other areas of the country.

In fact, only one motorway project – Bacau ring road – in Moldova is advanced enough to be completed within the next few years, but this motorway section doesn’t solve any of the region’s main problems.

The region needs good infrastructure connections with Transylvania and Western Europe and with Bucharest to escape its historical isolation, but the government’s priorities for the next decade don’t include Moldova.

The A8 motorway – projected to connect Iasi, Moldova’s main city and former Capital, to Targu-Mures and the Transylvanian motorway system – is frozen and no money are available for its construction.