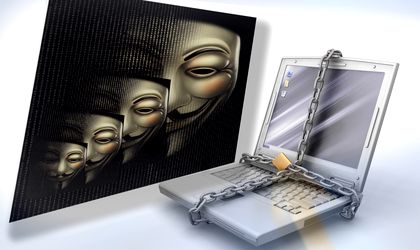 As opposition against the Anti-Counterfeiting Trade Agreement (ACTA) builds in various EU member states, the question is what chances the treaty stands of being ratified in its current form. While some EU countries have already suspended the ratification, several Romanian cities have also joined in the rallies. BR asks internet pundits what are ACTA’s pitfalls and what outcome they predict.

The stated purpose of the Anti-Counterfeiting Trade Agreement, signed so far by the United States, Australia, Japan, Mexico, Morocco, New Zealand, Singapore, South Korea, Switzerland and the European Union, is to establish international standards for the enforcement of intellectual property rights and eradicate counterfeit goods and copyright infringement on the internet. Twenty-two European Union member states, including Romania, signed ACTA at the end of January 2011 in Tokyo.

In order to be put into practice in the EU space, the treaty must be ratified by all member states and approved by the European Parliament (EP), and should be put to the vote in the EP no later than June.

However, countries like Germany, the Netherlands, Estonia, Slovakia and Cyprus have refused to give their consent to ACTA. Even more seriously, the European Court of Justice dealt ACTA a heavy blow in mid-February, ruling that a social network cannot be required to install an anti-piracy filtering system. Meanwhile, countries that had already signed the treaty, such as Poland, Latvia and the Czech Republic, have got cold feet, after massive protests urged officials to reconsider. As recently as last week, Romania’s neighbor, Bulgaria, also announced it would suspend the ratification of the agreement, followed days later by Lithuania.

In Romania, people are still waiting for their politicians to take an official position, with the newly elected prime minister, Razvan Mihai Ungureanu, announcing last week that the government would have “a very consistent viewpoint” on this, without giving any clue as to what it might be.
Romanians are keeping their fingers crossed, since Razvan Mustea, the new minister of communications, has admitted, “ACTA has ambiguities that allow suspicions regarding abuses that could be committed by the authorities.”

Accusations were flying that the signing process of the treaty was kept too hush-hush, both at European level and in the signatory EU member states. Secondly, concerns are being voiced that the text is ambiguous and leaves plenty of room for the abuse of fundamental rights.

But some disagree. “It is hard to explain why the authorities were so secretive and no sufficient debate was organized on this matter, since we are dealing with a document that could fundamentally change the way we use the internet,” Sergiu Biris, general manager of Trilulilu, a video sharing site, tells BR.

Bogdan Manolea, executive director of the Association for Technology and the Internet, adds, “Romania had no representative in the negotiations because the EU represented the member states, which is a questionable procedure when what is negotiated is beyond the community acquis.”

Blogger Camil Stoenescu (http://stoenescu.eu/) attributes this to “ignorance rather than willful secret-mania” from the Romanian authorities, adding that “the discussions over ACTA were ‘discreet’ at least (if not ‘secret’) and the EU was represented as a distinct political entity. Romania did not have a distinct voice on this context. Even the European Parliament complained about the lack of transparency of negotiations that preceded the signing of ACTA.”

On the other hand, it is also true that Romania’s reaction came later than in other countries, but this may have some context-specific reasons. “The excuse would be, perhaps naturally, that at the time when people in Poland were going out on the streets against ACTA, in Romania they were taking to the street for other reasons. The period that followed was rather confusing, culminating in the prime minister’s resignation,” Dragos Stanca, managing partner Q2M, tells BR.

There are many voices alleging that the reason negotiations happened behind closed doors is that the text has the potential to drastically curtail freedom of speech and privacy.
“The matter of online copyright protection and intellectual theft is rather specific and cannot be regulated in the same way as the counterfeiting of Louis Vuitton bags. Of course, discussions should not take an absurd turn: yes, intellectual property rights must be protected,” says Stanca.

Nevertheless, it was not the fight against counterfeiting that prompted people to take to the streets in protest. If ACTA is adopted as it is, “the consequences will be drastic,” predicts Mugur Patrascu, managing partner of iLeo. “This opens a Pandora ’s Box and things cannot go in a positive direction. It seems that the risks are higher than the benefits. The risks are connected to the control of personal information, the supreme stake from now on.”

He adds, “The public can only lose from this. Those who stand to gain are those who wish to protect their intellectual property rights. So far, the latter have proven that they are more united and more professional in pursuing their interests,” adds Patrascu.

Article 27, paragraph 4, is one of the thorniest issues in the text. It implies that internet providers must act as prosecutor, judge and jury, monitoring internet users’ actions and deciding whether the information they upload or download is pirated or not. Additionally, if a record or film studio suspects foul play, the internet provider may be compelled to divulge users’ personal data to them. These firms can then go to court with the respective information, without users suspecting what is happening behind their back.

Just on the basis of suspicion, the internet provider can disconnect the user from the internet. Users can even get a criminal record. These stipulations have raised multiple concerns about the potential abuse of fundamental rights and the violation of privacy.
“On the privacy issue, this is a rather long discussion. When over 4 million Romanians post their family albums on Facebook, the concept of privacy starts to be reshaped and gains new meanings,” says Stanca.

But do internet providers possess the technical capacity to filter and process such a huge amount of data? Pundits asked by BR seem to think they do.
“If we look at the way content and internet access can be censored in China or monitored to detect terrorist activities in the US, I don’t think we would be too wrong to believe that internet providers have the technical capacity to monitor the flux of information from users. And if they don’t yet, things can change in the future,” says Stoenescu.
In fact, mechanisms may already be in place for this to happen.

“I read the statements of our officials and gathered that from the technical viewpoint, everything is already implemented; it is only that the stipulations are not put into practice on a large scale. Over the last few years, a series of organized crime networks on the internet have been smashed so the authorities’ progress is already significant. This is why I tend to believe that these results could be registered only with the help of such technologies,” says Biris.

Of course, this also raises the issue of costs and who will foot the bill. In theory, at least, the expenditure issue does not sit well with internet providers in Romania. Recently, Mihai Batrineanu, president of the National Association of Internet Service Providers, complained during a debate on ACTA that the treaty transforms these companies into “internet police”.

Moreover, he said this would burden internet providers with the “huge investments” necessary for “monitoring, scanning and storing an immense amount of traffic.”
While at first glance internet providers can cope, a more in-depth look will show that “no business in Romania can afford to allot resources to monitor everything that can be monitored, because eventually the cost will reach consumers. “In other words, internet users will be watched on their own money,” says Stanca.

Everybody is holding their breath until the agreement reaches the EP, no later than June. That body has only two options: ratify the treaty in its current form or reject it entirely. It is not entitled to modify the text or bring amendments.

“The EP has already expressed some concerns regarding ACTA, and if we add to this the massive anti-ACTA reaction from European civil society as well as the fact that five member states did not vote in Tokyo, I think the chances for it to be ratified in its current form are slim. Surprises can happen, though,” says Stoenescu.

Public pressure may be the key to deciding ACTA’s fate. “I think this will be a political vote. If enough people are against it, the Euro MPs will also vote against it. Honestly, with a few exceptions, I doubt they understand anything about ACTA and its possible consequences. But they do understand that if they vote against those who elected them, sooner or later they will be penalized at the ballot,” says Stanca.

Some pessimistic – or maybe realistic – pundits believe that this is in fact only one of many attempts to come which seek to bring the virtual space under tabs.
“From a logical perspective, I don’t think governments can leave the internet free. The risks are too high, at least in theory. As a result, whether it is in one or ten years, the control of what you do on the internet will somehow be implemented,” concludes Patrascu.