EY Study: Adoption of telework in pandemic highlights problems related to the underfunding of the cyber defense area 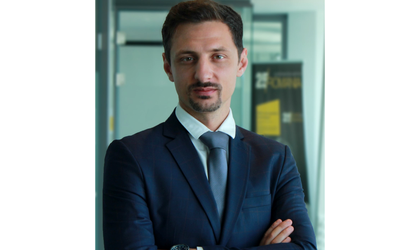 Adopting to new working practices, as a result of the COVID-19 pandemic, has businesses exposed to more and increasingly sophisticated cyber attacks and brought underfunded cyber defenses into the spotlight, according to the EY Global Information Security Survey 2021 (GISS).

This year’s GISS, which surveyed more than 1,000 cybersecurity leaders at organizations worldwide, finds that more than half (56%) say that businesses have sidestepped cyber processes to facilitate new requirements around remote or flexible working. At the same time, cyber leaders say they have never been as concerned as they are now about their ability to manage the cyber threat (43%) with more than three in four (77%) warning that they have seen an increase in the number of disruptive attacks, such as ransomware, over the last 12 months (compared to 59% in previous year’s GISS).

Cybersecurity budgets are out of sync with need

Despite the growing threat of cyber attacks, cybersecurity budgets remain low relative to overall IT spend, according to this year’s GISS. While respondents’ organizations had average revenues of US$11b in the last financial year, the average spend on cybersecurity was just $5.28m.

Almost four in ten respondents (39%) warn that their organization’s budget is below what is required to manage the new challenges that have arisen in the last 12 months. The same percentage say that cybersecurity expenses are not factored adequately into the cost of strategic investments, such as an IT supply chain transformation. At the same time, more than one-third (36%) say it is only a matter of time until their organizations suffer a major breach that could have been avoided had there been more appropriate investment in cybersecurity defenses.

The essential relationships between cybersecurity leaders and other functions in the business, lack positivity and strength, according to the 2021 GISS.

Responding cyber leaders (41%) describe their relationship with the marketing function as negative, while 28% say their relationship with business owners is poor. As a result, while 36% of respondents in 2020 were confident that cybersecurity teams were being consulted at the planning stage of new business initiatives, this figure has fallen to 19% in 2021. Just 25% think senior business leaders would describe their organization’s cybersecurity function as commercially minded.

While CEOs are on a path to realize their vision and transform their business through technology, they can’t afford to turn a blind eye to the cyber risks this poses. At the same time, it falls on CISOs to ensure that CEOs have the right understanding of the value that investing in cybersecurity brings and that they recognize that as an integral part of the transformation journey.

Cristian Zaharia, Manager, Forensic Technnologies and Discovery Services, EY România: “The major investments that have taken place in the last 10 years in the IT area for Romania have led to a standardization of working practices and procedures in the area of cyber security similar to those in Western Europe and the USA. The experience of the last months has shown that also for the Romanian companies the investments in the area of cyber-defense have increased, even if on average we are not at a reasonable level of resilience both in the public and private domain. Antivirus solutions remain the most widely used way of protection, but this has proved to be insufficient if it does not complement with other solutions.

Furthermore, should not be neglected the implementation of the NIS Directive transposed in the legislation of Romania by Law no. 362/2018. New rules and regulations are adopted and form the necessary framework for the implementation of the NIS directive. Similar to the situation in which the GDPR legislation was implemented, in the near future we will witness the moment when the regulations that complement law 362/2018 will be complete. This moment will represent an important milestone that Romanian companies should think about, as non-compliance with this legislation can lead to important sanctions. Thus, the sooner the measures in the area of cyber-defense will be taken, the better the companies will be protected from possible risks generated by exposure to cyber threats but also from possible legislative sanctions.”