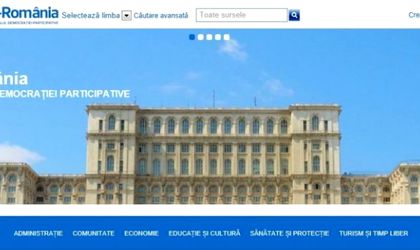 The Romanian government has spent RON 52 million (EUR 12 million) to build a web platform called eRomania which has 892 users and wasn’t updated since 2013, according to an official report published by the Court of Accounts.

“The Ministry of Communications and Information Society benefited from funds allocated from the state budget in the amount of RON 52.057 million for the realization of the project “e-Romania 2”, but its realization and implementation was not done in compliance with the principles of economy, efficiency and effectiveness in use of the financial resources allocated for this purpose,” the report said.

According to the audit team, the portal solution was built to be accessed from the internet by a large number of users – up to 10 million users, 3 million registered users and 50,000 users per second -, the audit mission found that the e-Romania platform was visited by only 250,000 users and has 892 registered users with rights assigned by the ministry, who did not use the business intelligence resources made available to them.

“At present, the project “e-Romania 2” is just a portal with information about all localities in Romania, but (…) the portal is in fact only loaded with the information from 2013 by the provider and not updated at that moment,” the report points out.

The audit team considers that “the financial burden borne by the state budget is not justified by the results obtained by users following the implementation of this project”.

According to the Court of Accounts, other websites – like Wikipedia or the up-to-date websites of Romanian local and central authorities – contain more useful information make e-Romania completely useless. On Wednesday, the eRomania website (portaleromania.ro) wasn’t available for public.

The portal, developed by the local IT developer Omnilogic, was launched in 2013.