Troubled Chinese company ZTE given permission to operate in the US between July 2 – Aug. 1 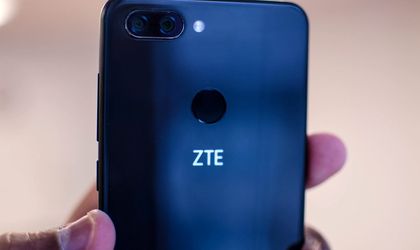 China’s ZTE Corp, which was hit by a supplier ban last April and had to close down major operations in the US, has received permission to operate in the US between July 2 and August 1. The company will conduct business needed to maintain existing networks and equipment within that period, Reuters reported.

The reprieve allows China’s No. 2 telecom equipment provider to provide handset customer support in the US for contracts signed before April 15. Also, it allows for limited transfer of funds to or from ZTE.

In April, the company, which makes smartphones and networking gear, was slapped with the ban after it was said it had broken an agreement to discipline executives who conspired to evade U.S. sanctions on Iran and North Korea.

ZTE  is currently implementing a plan that would allow it to resume business in the US. Now the company has removed 7 executives, as part of the deal with the US. Last week, the company announced a new board. Also, the Chinese giant agreed to pay a USD 1 billion penalty and put USD 400 million in an escrow account.

Resuming business with US suppliers – which provide almost a third of the components used in ZTE’s equipment, is seen as crucial by the company. However, the ban has yet to be lifted as it is still being met with strong opposition by some US politicians.