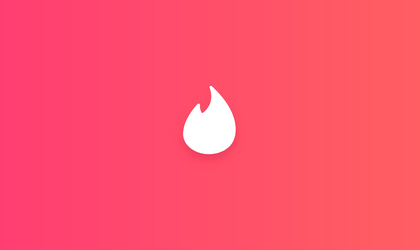 A group of Tinder founders is suing parent company Match Group and controlling shareholder IAC for around USD 2 billion.

The plaintiffs in the suit include Tinder co-founders Sean Rad, the company’s former CEO and Jonathan Badeen, who still works at Tinder, as do plaintiffs James Kim, Tinder’s VP of finance and Rosette Pambakian, VP of marketing and communications, TechCrunch writes.

The suit alleges that Match Group and IAC manipulated financial data so as to create a “fake lowball valuation,” the plaintiffs argue, and proceeded to strip Rad, Mateen, Badeen and others of their stock options. According to the group, the removal of Rad as CEO was designed “to allow Defendants to control the valuation of Tinder and deprive Tinder optionholders of their right to participate in the company’s future success.”

Greg Blatt, the Match CEO who became CEO of Tinder is accused of groping and sexually harassing  Pambakian at the company’s 2016 holiday party. According to the plaintiffs, this lead the company to “whitewash” his actions, giving him time to complete the valuation of Tinder and its merger with Match Group, and then leave the company.

The plaintiffs are asking for “compensatory damages in an amount to be determined at trial, but not less than USD 2,000,000,000.”

The allegations in the complaint are meritless, and IAC and Match Group intend to vigorously defend against them.

Match Group and the IAC send TechCrunch a statement in which they deny the allegations and say they plan to defend themselves against them.

“Since Tinder’s inception, Match Group has paid out in excess of a billion dollars in equity compensation to Tinder’s founders and employees. With respect to the matters alleged in the complaint, the facts are simple: Match Group and the plaintiffs went through a rigorous, contractually – defined valuation process involving two independent global investment banks, and Mr. Rad and his merry band of plaintiffs did not like the outcome. Mr. Rad (who was dismissed from the Company a year ago) and Mr. Mateen (who has not been with the Company in years) may not like the fact that Tinder has experienced enormous success following their respective departures, but sour grapes alone do not a lawsuit make. Mr. Rad has a rich history of outlandish public statements, and this lawsuit contains just another series of them. We look forward to defending our position in court,” reads the statement.