World Wide Web turns 30. How it all started – VIDEO 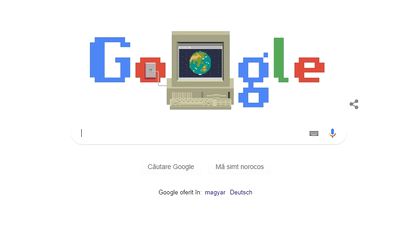 The creation of the World Wide Web, the well-known www, celebrates 30 years today. The birth of the www, later to be known as the Internet, took place with the launching of the paper “Information Management: A Proposal”, the work of Tim Berners-Lee, a British scientist.

Although it is difficult to set a certain date for the “birth” of www or the Internet, Tim Berners-Lee’s work is considered a decisive moment for what later became an integrated part of our life. Google celebrates the web with a Doodle on its homepage.

WWW is the total of sites, documents that can be access through the web.

Berners-Lee was working at the European Center for Nuclear Research (CERN) and the initial proposal was to create a collection of documents linked to each other, through which he wanted to solve the communication problems faced by researchers who used the center.

The first prototype of this collection (first in plain text) was to appear shortly before December 1991, when its first public demonstration was made. The study was continued with the first Mosaic Graphic Application in February 1993 by researcher Marc Andreessen of the National Center for Supercomputing Applications (NCSA) in Urbana-Champaign, Illinois.

In 1994, CERN and MIT formed the World Wide Web Consortium, which aims to develop the web, standardize protocols, and encourage links between sites. Berners-Lee became the director of this consortium. MIT coordinates the US consortium, and the European side is coordinated by INRIA, the French research center.

There are three main ingredients that make up the world wide web. URL (uniform resource locator), which is the addressing scheme to find a document; HTTP (hypertext transfer protocol), which connects computers together; and HTML (hypertext markup language), which formats pages containing hypertext links.

The world wide web opened up the internet to everyone, not just scientists. It connected the world in a way that made it much easier for people to get information, share, and communicate. It has since allowed people to share their work and thoughts through social networking sites, blogs, video sharing, and more.

Berners-Lee also made the world’s first web browser and web server. During the 1990s the amount of web browsers being produced rapidly multiplied and a whole load more web-based technologies started sprouting up. To get a sense of how the world wide web has developed since its creation, check out this video below: