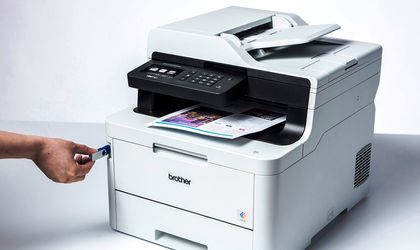 In a digital world, one might think that printers are being used at lower rates. But the reality is that offices still print a lot of papers every day and that situation doesn’t look like it’s going to change anytime soon. Trying to find out about the latest trends and capabilities, we tested a Brother MFC – L3770CDW printer, equipped with the latest available connections.

The machine is part of a seven-model line launched recently by the Japanese producer, equipped with LED (light-emitting diode). This means that instead of deploying lasers to print the image on to the imaging drum prior to transferring it to the paper, it uses an LED array to achieve the same results. There is no difference for the user, but for producers it means that they can manufacture smaller than traditional laser-imaging mechanisms, allowing them to make less expensive machines.

MFD-L3770CDW is not exactly smaller than the competition, being packed with many functions, but a model like the entry-level MFP M281dw is considerably smaller. The printer is 414 mm long, 410 mm wide and 509 mm tall and it weighs 24.5 kg. But the printer we tested can hold 250 sheets in the tray, a number seen in a lot larger office equipment. It prints by default on both sides of the paper and it can also scan both sides of a two-sided page at the same time. And it can send the scan to an email without the need of a cable connection with the computer or directly to USB.

Actually, this is one of the best things I have seen in the Brother printer: the easiest installation procedure. You need a power cord and wireless internet in the office (or home).  Then connect it to the network and install it on all the computers you need. The Brother wizard will take you directly to the connection through the wireless internet and that is all – you can start printing.

The 3.7 inch screen allows an easy configuration to execute walk-up commands and also allows connection to several clouds and social media sites. The printer also has a built-in secure website (HTTPS) and it allows configuration changes and monitoring through the URL field in the browser.

Except a Bluetooth connection, the printer has it all. Standard connection types are Wi-Fi, Ethernet, USB for PC, Wi-FI Direct and NFC. The USB Pot allows printing directly from a flash memory and NFC (Near Field Communication) connects to the phone just by tapping them together (on the sensor located right on the front of the printer). 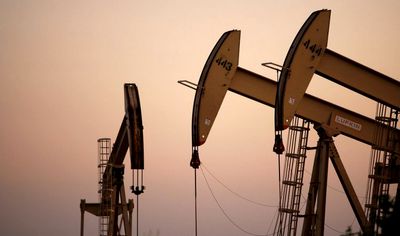 It also holds a fax option, for which you have to connect a phone line to the printer. It is a function not used by many anymore, but it is useful if you have to transmit documents to the local fiscal administrations or other institutions that are still lagging behind the technology.

The producer rates MFC-L3770CDW at 24 pages per minute, pretty fast for a machine of this size. It might take a moment before printing if you are using a Wi-Fi connection, but that is not an issue when the printer is not next to you. There is no trouble using it from different rooms as long as it is used the same internet network.

The quality of printing is very good, usual for Brother printers, and it is suitable for business text documents (meaning even the smallest fonts are visible without magnification. Photo quality is good enough for this type of printer, even if it doesn’t match a photo-specialized printer.

It can print up to 1,500 pages depending, which is enough for a home-office or a small-office.  The cartridge that came in the printer holds around 1,000 pages according to the documentation. The noise while printing does not exceed 47 decibels.

The conclusion is that the printer is excellent for SO-HO for functions, speed and running costs. The price right now is around RON 2,100, but bear in mind that it might be found for less during Black Friday events. Oil prices falling after news that Saudi Arabia’s production could be restored faster...