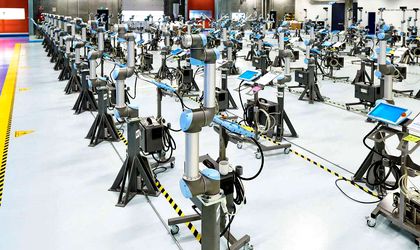 The global collaborative robot market will see significant growth in the coming years. By 2025, it is estimated that investments in this area will increase by more than 20 times – from USD 373 million to USD 12.3 billion. Market share is on the rise due to the company’s continued automation requirements and lack of workforce, according to a Markets and Markets’ analysis.

A collaborative robot (cobot) is a more versatile and flexible solution than a traditional industrial robot. The new category of robotics was introduced for the first time in 2008 by Esben Ostergaard, co-founder of Universal Robots. Ostergaard wanted to put robot-based technology at the disposal of all companies, regardless of their size. He therefore developed small, easy-to-use, flexible and economical robots with which man can work safely in the immediate vicinity. Nowadays, more and more companies around the world use robots to automate their manufacturing processes. The International Robotics Federation (IFR) believes that collaborative robots are one of the most important technological trends that will shape the market in the future.

For small and medium-sized businesses the acquisition of traditional industrial robots is too much investment, while collaborative robots are an accessible alternative. At the same time, these devices are much easier to use and integrate into existing workflows without costly renovation of production halls. The safety of collaborative robots is crucial – allowing them to work in the immediate vicinity of their human colleagues who can focus on more creative activities.

“Collaborative robots are an increasingly sought-after solution for industrial automation, especially because of the low purchase price that makes them accessible to small and medium businesses. In addition, the recovery of the investment is very fast,” explains Pavel Bezucky, Sales Director at Universal Robots for Central and Eastern Europe. 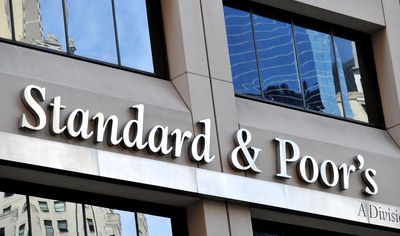 “Many industrial segments are interested in guys at the moment, from food processing to warehouse management and conventional industrial production. The cobots have a low weight, they are easy to move, and employees can easily schedule them for the required task,” says Bezucky.

The current labor market situation is one of the key factors motivating businesses to find new ways to automate production and process optimization. According to INS data, the unemployment rate in Romania was only 3.3 percent in February 2019, but the market still faces a shortage of employees, especially in small and medium-sized enterprises. Thus, the cobots can become an important element to cover this deficiency.

Universal Robots was founded in 2005 by the company’s CTO, Esben Ostergaard – Engelberger 2018 Award Winner, who wanted to make robot-based technology accessible to all by developing flexible, easy-to-use, easy-to-use industrial robots with a reasonably priced and safe to use. Since the launch of the first collaborative robot (cobot), in 2008, the company has grown considerably, with easy-to-use guilds being sold worldwide. The company, which is part of Teradyne Inc., is headquartered in Odense, Denmark, and has subsidiaries and regional offices in the United States, Germany, France, Spain, Italy, Czech Republic, Poland, Turkey, China, South Korea, Taiwan and Mexico. In 2018, Universal Robots had an income of USD 237 million.

Macro report: We are experiencing a large economic downturn, but no recession yet

Reynaers Aluminum Romania estimates a 10 percent growth in 2019 for the aluminum...