The CODE Kids FEST 2021 award went to three children from Tulcea County, for an intelligent irrigation device for greenhouses 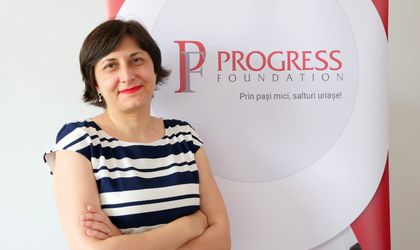 CODE Kids FEST 2021 has brought together 13 teams from 10 counties, formed of 72 children aged between 10 and 14. 580 participants from all regions of Romania entered the competition and the prizes amounted to 10,000 lei.

“We, the Progress Foundation, are implementing solutions that increase the quality of Romanian education and help children develop skills that will serve them in life and their career. At CODE Kids, children are developing their digital and STEM skills, and, most importantly, they are developing practical solutions for their community. To do that, they need to take an interest in community issues, talk to other people and their own families. Children are highly motivated by the practical applicability of their solutions, which engages them and increases their intellectual ardor. Their projects stimulate their practical thinking, their creativity, their ability to innovate, their lateral thinking, their ability to maintain interpersonal connections. Moreover, children are developing their leadership and teamwork skills, project presentation skills, self-confidence, and, most importantly, they often change their choice of profession, because they see more options for their future “, says Dr. Camelia Crișan, CEO of the Progress Foundation.

On the virtual podium of the National Science and Technology Fair for Children, CODE Kids FEST 2021, climbed three teams from Tulcea, Vâlcea, and Brașov, with digital projects that propose solutions for problems in their community in fields such as health, education, environment, transport or agriculture.

The 1st place and the Popularity Award went to the Cerna’s Coders team, from Cerna commune, Tulcea county. Lucian, Marius, and Luiza designed Smart Irrigation V2, a project that supports farmers who grow plants in greenhouses. The project consists of an automatic watering system, based on a humidity sensor that is inserted into the soil and a water pump that starts when the sensor sends the signal that the soil needs water. The jury appreciated their project as impactful and immediately applicable. Moreover, the children received a first request for the product they have developed, from a local farmer who wants the Smart Irrigation system in his solarium. Watch the video about the project here.

The second place went to the Bee-FRIENDLY project, a smart beehive, created by the Wizards CODE Club Pietrari team, Vâlcea County, formed of nine children and coordinated by Crina Popescu, the librarian at the Pietrari Communal Library. Utilizing this system, the project team aims to raise awareness of how important bees are on Earth and how important it is to protect them and the ecosystem. Consequently, they created a bee-friendly hive, equipped with sensors such as a PIR sensor that detects when a harmful animal (mouse, bird) tries to enter the hive; a drop sensor, warning of the onset of rain in the collection area where the apiary is positioned and when it should be moved, if necessary, and a servo motor that operates the warp. Watch the video about the project here.

The winners of the third-place are the middle school children from the RoboGeții Team, from the Brașov Academy of Informatics, with the Overloop project. They impressed the jury with their English presentation of a modern, intelligent transportation system that works without an engine, batteries, or a driver and instead is propelled by clean, unconventional energy, stored as compressed air. The problems that the team wants to solve are pollution and carbon emissions that destroy nature. Watch the video about the project here.

A special award, consisting of mentoring sessions, was received by Girl Up Romania and 10 girls participating in CODE Kids FEST 2021, for them to continue their career in science and technology.

Ten more interesting projects competed for the prizes offered by Cavaleria Hub (event partner) and George Buhnici, among which are: an AntiCovid hat created by the CODE Kids team from Sarichioi, Tulcea; a cheerful traffic light to avoid traffic events involving students in Talzău commune, Neamț county; a Joystick for people with disabilities, proposed by the coders from Copalnic Mănăștur; an electricity monitoring system.

Both George Buhnici and Augustin Jianu were invited to speak to the children and told them that a career in technology is built based on a lot of work, curiosity, and openness to the professions of the future. “Dream, create, persevere” were the three words of encouragement that George Buhnici said to the coders who participated in this competition of impactful digital projects.