Nokia gets EUR 500 mln loan from EIB for 5G development 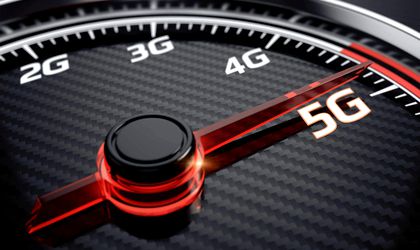 Nokia signed a EUR 500 million loan transaction with the European Investment Bank (EIB), supported by the European Fund for Strategic Investments (EFSI), a key element of the Investment Plan for Europe, also known as the Juncker Plan. Nokia will use the loan to further accelerate its research and development of 5G technology, the next-generation mobile telecommunication standard.

The EFSI-supported loan from the EIB supports a key European technology provider, Nokia, that invests heavily in research, development and innovation (RDI) in an area which can produce enabling technologies for innovation and growth in Europe.

Nokia’s end-to-end network proposition goes from the radio network to the internet protocol (IP) and optical networks for transmission, the packet core network, service platforms and all the software and services associated with the whole system. In essence, Nokia’s portfolio covers all the needs of a telecom operator that wishes to provide fully converged fixed-mobile communications services critical for the era of 5G.

“5G is happening fast, faster than most people even expected. It’s anticipated that it will enable entirely new business cases, while dramatically enhancing existing wireless applications. I think bringing 5G to the market will definitely improve people’s lives, as the motto for the EIB’s 60th anniversary states,” said EIB Vice-President Alexander Stubb, responsible for lending in Northern Europe.

“We are pleased to land this financing commitment from the EIB, who shares our view of the revolutionary nature of 5G – and the realisation that this revolution is already underway. This financing bolsters our 5G research efforts and continues the broader momentum we have already seen this year in terms of customer wins and development firsts, supporting our relentless drive to be a true leader in 5G – end-to-end,” said Nokia CFO Kristian Pullola.

“Ensuring that Europe embraces and benefits from new technologies requires sustained investment. That is where the Investment Plan for Europe can play a crucial role. I am delighted that, with today’s agreement, the Plan is contributing to Nokia’s research and development activities across multiple European countries to advance the development of 5G technology,” said European Commission Vice-President Jyrki Katainen, responsible for jobs, growth, investment and competitiveness.

The loan, which extends Nokia’s debt maturity profile, has an average maturity of approximately five years after disbursement, which can take place at any time during the next 18 months.