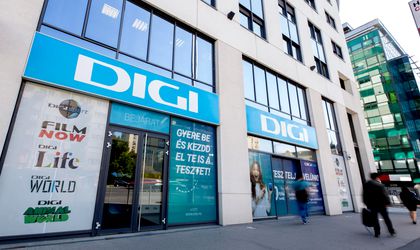 Confronted with the pandemic crisis during the last three months, Digi Communications operations in Romania, Spain and Hungary – three of the four countries where the Group operates – have focused on driving forward technological advances, delivering quality services to clients at the same levels as those before the emergency state, consolidated its market share and selling mix optimization.

Digi Romania maintained its market leading position in the porting market, which decreased from 83,400 ported numbers (fixed and mobile telephony), in February 2020, the last month without restrictions, to the lowest level in April (38,341 numbers ported). In May, the portability segment regained its accelerated pace, with 58,117 numbers ported. Digi’s mobile and fixed telephony networks preserved their leading position as the main portability destination, obtaining a 40 percent share of the total portability market in March, 38 percent in April and 45 percent in May. From January 1, 2020 to May 31, 2020, Digi gained 134,426 mobile telephony numbers and 9,865 fixed telephony numbers.

Using Digi’s complementary selling channels helped to maintain a stable market position during pandemic. Online marketing campaigns and optimization of online selling channel digiromania.ro increased the growth of online orders by 121 percent, between March 1 – May 31, 2020, compared to the same period in 2019.

In May, the National Authority for Management and Regulation in Communications of Romania (ANCOM) issued a study regarding the telecommunications market during 2019. According to the data presented by the Romanian regulator, Digi Romania was the leading operator in the cable-TV segment with 53 percent market share, followed by Telekom Group with a 17 percent share and the rest of providers holding 30 percent. On considering the number of fixed internet connections at the end of 2019, Digi had a market share of 53 percent, followed by Telekom Group with a market share of 21 percent and the rest of the providers having 26 percent. According to the same source, Digi was ranked as the second largest fixed telephony service provider, with a 35 percent market share, of  the total number of subscribers with Telekom Group is the leader holding a  40% market share.

Digi Spain experienced strong growth in mobile porting during May, with more than 10,700 net numbers being ported. This division continued to be the second best performing mobile operator in the Spanish market, in terms of net portability. Distribution channels have now been reopened all over Spain, including the sales activities in shopping centers in Madrid at as at March 31st, Digi Spain had achieved 2.019 million revenue generating units (RGU’s) in the mobile communications segment. 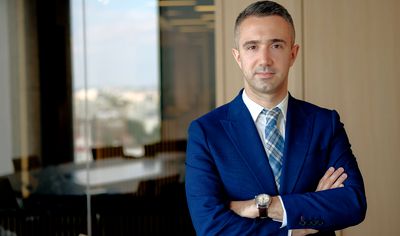 Read more about
Deloitte Study: The number of lawsuits has increased since the beginning of the pandemic
read more

“Following the end of the quarantine period, we now are seeing sales activities back on track. More than 10,000 net mobile telephony numbers where ported in May, meaning we are the second best performing mobile operator in the market and we have regained our growth trend for Q2”, commented Marius Vărzaru, Digi Spain Managing Director.

In Hungary, Digi maintained its market positions on fixed electronic communications segment, being the second pay-tv provider (cable television and direct-to-home/ DTH services) in terms of market share (29 percent, in April 2020), according to the National Media and Info-communications Authority of Hungary (NMHH). The same source indicated Digi Hungary as the second provider of fixed broadband internet services (24 percent market share) and provider of fixed telephony services (22 percent), at the end of April 2020.

The Hungarian subsidiary continued to accelerate the development of the mobile voice and data network in this country, after launching mobile telephony services in 2019. Digi Hungary counted 122,000 revenue generating units (RGU’s) on 31 March, 2020, on mobile telephony segment.

Commitment to improve the quality of living

Medical equipment for Intensive Care Units, donated by Digi in response to the COVID-19 epidemic was delivered to hospitals in major Romanian cities in the second half of May, as part of the EUR 1.7 million sponsorship directed to the public health system in this country. The donation provided for 60 mechanical ventilators and ICU accessories with more equipment scheduled for delivery during June and July, in line with a timeline proposed by the suppliers.

Two further corporate social responsibility projects are currently in progress to provide electronic devices and mobile data services to 70 pupils in disadvantaged communities in the Eastern part of the country, allowing them access to online education services. During the summer of 2020, as part of a national effort to prepare and improve the education system for the next school year, the company will donate 1,000 tablets and connectivity services to schools in rural areas and to pupils from disadvantaged families.

In Spain, as part of our Corporate Social Responsibility activities, the operator has collaborated with hospitals and NGO’s to help people and families in a number of cities and donated 125,000 EUR to the Red Cross of Spain, for the delivery of food in Madrid region for  people affected by the COVID-19 pandemic. Digi Spain also supported several micro-initiatives across the country, donating over 600 DIGI SIM cards for mobile data services and 200 tablets to different NGO’s and hospitals.