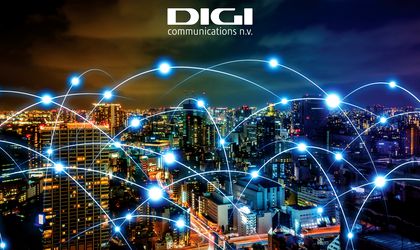 Digi Communications NV Group published its financial results for the second quarter ended June 30, 2020, increasing revenues by 5 percent compared to the same period of the previous year (EUR 310 million compared to EUR 294 million) and achieving + 9 percent RGU growth, up to 16.9  million from 15.5 million as at June 30, 2019. Adjusted EBITDA was EUR 115 million (including IFRS 16), a 6 percent increase compared to previous period.

Overall, the Digi Group delivered a consistent performance during the second quarter of 2020 despite the many changes in the general public health background. As the authorities began to relax the social and trading restrictions due to COVID-19 pandemic, since mid-May, all Digi operations and business lines were adapted to the new sanitary rules and the Group continued to implement a set of measures to ensure the health and safety of customers, employees and partners.

Despite this unpredictible environment, Digi’s operations in all markets were able to continue to deliver stable results and this confirmed the need for connectivity among across all sectors of the public during the pandemic. As a result, at the end of the quarter, Digi increased RGU’s on the main segments (fixed internet and cable TV) to a historic level of 3.9 million RGU (fixed internet), respectively 4.5 million RGU (cable tv), the highest level they have ever been. Mobile communications services reached 6 million RGU.

“Our company marked the third anniversary of its IPO on Bucharest Stock Exchange, in May 2020, during a period of many changes and economic challenges. Digi’s teams of managers and employees showed an immense capacity of responsibility and flexibility in the last 6 months in response to the sanitary crisis. Together, we overcame the obstacles of unpredictability and proved our determination to fulfill the business strategy proposed to shareholders and investors. In Romania, the Council of Competition approved in July an agreement regarding the transfer of certain assets of three independent operators (AKTA, DCS and ATTP Telecommunications) to our local subsidiary. This is a further step in the company increasing Romania`s digitization and diminishing connectivity gaps between different regions on our main market. By providing high-quality services at affordable prices to hundreds of thousands of customers, we show our commitment to deliver unlimited connectivity and encourage their aspirations to a better quality of lifestyle”, said Serghei Bulgac, Chief Executive Officer (CEO) of Digi Communications N.V.

Romanian operations continued to be the main contributor to the Group` s revenues (61 percent in Q2 2020), to the total RGU’s (70 percent) and consolidated EBITDA (75%). The main growth registered in Q2 2020 compared to Q2 2019 on the fixed communications services segments (+ 13 percent fixed internet RGU’s and + 8 percent pay-tv RGU’s). 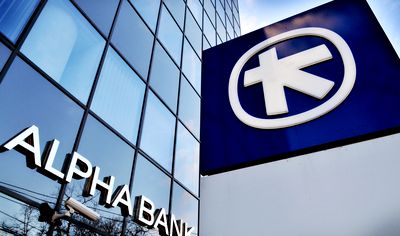 In the mobile communications segment, Digi maintained its #1 position as portability destination, despite a second quarter decrease of ported numbers compared to the same period of 2019, reduced from 80,411 mobile numbers to 70,236. Overall, in the last 6 months, Digi Mobil network ported 166,643 mobile numbers, a modest increase compared to the same period of 2019 of 164,830. In June 2020, Digi reached a 44.8 percent market share of total  mobile telephony numbers portability.

In Hungary, despite the restrictive measures implemented by the authorities and the business environment, the operations remained in line with normal business periods, for the first six months of 2020.

Digi Hungary has entered the second phase of mobile network development by extending its coverage to areas where the service was not previously available and by using state-of-the-art technological solutions will further improve the quality and density of the existing network. Digi Mobil service became accessible to more than 500 settlements and reached a coverage of 50 percent of the population within a year since its launch, at the end of May last year. In order to mark this anniversary, Digi Kft., the Hungarian subsidiary, announced that it will maintain its very attractive and popular offers for its mobile communications services, until the 31st of December 2020.

From the number portability point of view, Digi Spain also reconfirmed the upward trend, after the lifting of the restrictions imposed by the pandemic and continued to deliver remarkable growth  achieving  in May and June, over 32,700 net ported mobile numbers.

With regard to the expansion of the network of fixed electronic communications services, the Spanish subsidiary marked further progress, in June, increasing the footprint of DIGI fiber services to more provinces. Digi currently provides fixed telephony and internet services to 25 of Spain’s 50 regions, the last 8 regions added being: Cádiz, Burgos, Valladolid, Segovia, Badajoz, Girona, The Balearic Islands and the La Rioja area.

In Italy, the fourth market where Group has operations, but as a  MVNO (Mobile Virtual Network Operator), the teams focused on diversifying the offers to the clients and optimizing the quality of the services. Digi Italy recorded 245,000 RGUs at June 30, 2020, compared to 213,000 RGU at June 30, 2019.

At the end of June, Digi Italy launched a new offer, consisting of unlimited minutes for calls to national numbers and to Digi numbers in Italy, Romania and Spain, including data traffic at the maximum speed provided by 4G technology at a competitive price. The activation is free and can be done through more than 3,000 authorized dealers throughout Italy.