In a joint statement, Orange, Vodafone, Telekom – together with the Romanian Mobile Operators’ Association (AOMR) – RCS & RDS, UPC Romania and more than 65 companies reunited within the Association for Electronic Communications in Romania (ACER), say that the measures announced by Finance minister “would turn into a burden for the entire Romanian telecommunications industry and for all fixed and mobile Internet users, fixed and mobile telephony and television services.”

Below is the position of the telecommunications industry:

“The proposed changes introduce and increase taxes to a level that we consider excessive and blocking for the development of electronic communications networks and services.

The measures contravene the European and national legislative framework. These charges should only cover the amount of administrative costs borne by the Regulatory Authority, ie the value of the rights of use of resources to be allocated. Adopted in this form, the proposals would become a burden for the entire Romanian telecommunications industry and for all fixed and mobile Internet users, fixed and mobile telephony and television services.

The new measures would apply in less than 2 weeks, without prior consultation and without an impact assessment for consumers, operators and the market as a whole. 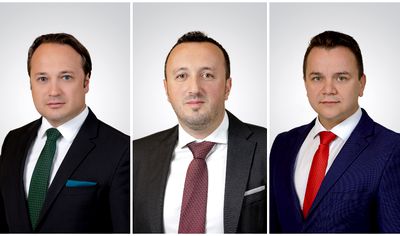 In addition, this draft Emergency Ordinance ignores the multitude of other taxes and contributions the industry owes to the state budget. If they are applied in the proposed form, these changes will have a major negative impact on the activity of telecom operators. Since electronic communications are a basic area of ​​the economy, with an important contribution to the activity of other industries, we believe that the actual effect of the measures taken will be cascaded in the short, medium and long term.

On many occasions, the industry supported and advocated for the need for predictability and continuity in fiscal policy. The telecom sector needs a stable and predictable context in order to continue to invest, offer high quality services at affordable prices, generate jobs, contribute, through taxes paid as an employer or an economic agent, to the development of the economy. Investment in telecommunications, encouraged by a favorable environment, has propelled this sector into the top five contributors to GDP, but in the context of these proposals, 5G investment and development are questioned.

Consequently, we call for the removal from the draft Emergency Ordinance of the provisions relating to the telecommunications sector. “