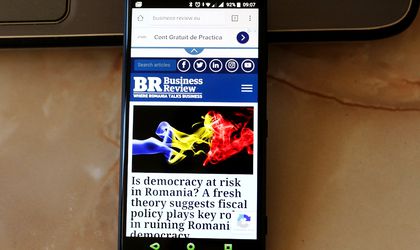 In time, many people switched to bigger screens, as it is easier for reading or writing or watching videos. The move was helped by the producers that decided to pack the best features in the biggest phones. This is how we are now used to see the flagships: usually are the biggest smartphones that one producer makes.

The problem is that if you are used to the level of performance of a flagship but you want a smaller than 5.5 inch phone, you are left with no options. Even the smaller versions of the flagship are, usually, packed with less features than the bigger one. And we can include here Apple with iPhone 8 versus iPhone X or Samsung’s Galaxy S8 and S9 versus S8 Plus and S9 Plus (that is if we can consider the 5.8 inch screen of the S8 or S9 a ‘small’ phone).

So, hopes were up for Sony Xperia XZ 2 Compact, an almost-flagship smartphone with a 5 inch screen and a size good for a proper phone, not a phablet. If you want a small Android phone with a lot of power, a good camera, great performance and water splash resistant (IP65-68), this is the one. And, of course, if you get passed the prejudice that small phone need not to be packed for performance because they need only the basics.

While high-end phones are made mostly of glass and metal (glass being the material-of-choice for all wireless charging devices), Xperia XZ 2 Compact is made of a lot of plastic. With the exception of the screen, everything else is plastic. Even the aluminum frame it feels like plastic. But it feels good on the touch and you don’t get the feeling that is going to fall from every surface you land it on, but it doesn’t look the same. Actually, it looks like a rather cheap mid-range phone, with no spectacular design.

Nevertheless, the beauty is in the eye of the beholder, so what looks ‘not-so-well’ for the most, can be most pleasant for others. While I can admit that it is not a phone that looks expensive or luxurious, I am most satisfied by XZ 2 Compact as I don’t have to worry about dirt or scratches. But if you want to show off, it is not the phone for you.

The phone dimensions are 135 mm long, 65 mm wide and 12.1 mm thick and a weight of 168 g. It is not thin by any standard, although the curvy back makes it look thinner than it is.

It features three buttons on the right side, the third one being dedicated to the camera. If pressed log, will open the camera anytime and it also as a shutter.

The screen, with a 18:9 ratio, is covered by Corning Gorilla Glass 5, has Triluminos display and it’s powered by X-Reality Engine. That makes a very good screen with bright colors, that is visible enough in the sunlight.

XZ 2 Compact has a Qualcomm Snapdragon 845 processor. It is the latest and the best chip on the market used for mostly expensive flagships. It gives the power for everything you need, helped by 64 GB storage and a 4 GB of RAM. The storage can be extended with a microSD card up to 512 GB.

The phone is dual-sim hybrid, uses the second slot also for microSD. The dual-sim worked well, but when the signal was not so good, it had lost it for the second sim while talking on the phone. In the same place it worked perfect with the first slot sim, so I can assume that it loses the signal for the second one. It might be a problem with the test model that I have for review and the terminals that are in stores may not have this issue.

For the downside, the phone lacks a 3.5 mm socket for headphone, which seems unusual for a phone this thick. So you have to use the USB-C socket (the phone comes with an adapter) or wireless headphones.

XZ 2 is IP 65/68 certified, meaning it is water and dust resistant, but also water splash resistant. And it can go into water up to 1.5 meters for 30 minutes.

The main camera with 19 MP is quite good and it can film in slow-motion with 1080p at 960 fps. It doesn’t match the performance of S9+ or iPhone X, but it definitely fills up to any expectations.

But for today’s flagship standard, the camera should be a dual lenses, the phone should have wireless charging and the screen should be OLED (not LCD). Otherwise, XZ 2 Compact is just as good as a much bigger high-end smartphone.

And it is cheaper. Around RON 2,500 – 2,700 it is one of the cheapest high end phones on the market. However the phone is not to be found in the mobile operators offer, which means that you can’t get a deal for a certain monthly subscription. That may be due to the low price and the fact that other flagships have more room for cutting the price for special offers. Nevertheless, the phone seems to have a fair price considering what is packing.

Most probably, Xperia XZ 2 Compact will not be a best-seller. First, because the phone is also a status symbol for most and the Compact is a flagship only in the eyes of someone that knows the phone. Second, because everybody seems to prefer bigger screens, which are better for video watching and for gaming.

But if you want a phone that can do everything you want without having to carry a 6 inch phablet around, this is the phone for you.