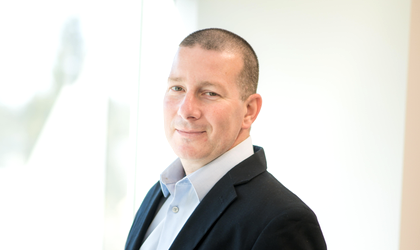 Romania’s tech ecosystem is evolving, so the local companies are hiring marketers and sales development representatives in Romania to work alongside their US counterparts. That means that Romanians get a chance to learn the best practices from Silicon Valley. Consequently, those learning will help those that join leapfrog in their career as they know things that, given their global presence and footprint in Silicon Valley, they won’t learn elsewhere, says Shani Shoham, Chief Revenue Officer (CRO) of Bunnyshell. Moreover, with UI Path’s IPO, he sees similarities between the current ecosystem in Romania and the ecosystem that existed in Israel 30 years ago, according to the newly appointed CRO at Bunnyshell.

Shani Shoham was previously founder and CEO of 21 Labs, which was bought by Perforce Software, and the President of Testim.io, which Tricenti acquired.

Shani Shoham is the Chief Revenue Officer of Bunnyshell, which means he manages all the go-to-market and customer-facing teams with the goal of driving Bunnyshell’s revenues. Before joining, he spent some time observing, listening to calls with prospects, etc. They did two days of all-hands where they aligned everyone on the target personas and companies, the sales process, and sales/post-sales engagement. Shani Shoham has already hired five new members to the team, and Bunnyshell still has quite a few open positions on the sales team, marketing team, solution engineers, and customer success.

In terms of marketing and sales, there are certain challenges for an European tech startup when expanding in the US. “Europeans, similar to Israelis, and I’m originally from Israel, don’t know how to sell, especially to the US market. Folks in the US learn how to sell at a young age. From lemonade stands to girls scout cookies. To be successful in selling to the US market you have to be short, concise and assertive. Europeans are more laid back, wordy and patient. You can always hire those people, assuming you recognize the gap, but if you’re from Europe then most of your networks are likely to be in Europe too”, says Shani Shoham, Chief Revenue Officer (CRO) of Bunnyshell. 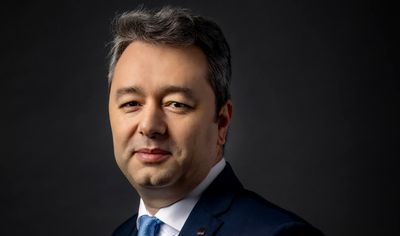 Read more about
Florin Popa, B2B Director, Orange Romania: A significant trend will be convergence and its adoption on a larger scale by users
read more

In his opinion, the ideal solution is to hire someone in the US who has experience working with Europeans, or better, country specific experience, recognizing that each country has a distinct culture. That person would be able to speak “american” with prospects and US based partners while being cognizant of the culture internally. The founders moving to the US is also a good solution but learning the US culture and learning how to sell to US prospects takes time which is why that’s not enough in the short term. Over time, as more founders and employees move to the US, these would educate other colleagues too.

The latest trend in delivering software

Devops and Devtools got lots of funding from VCs in recent years. Shani Shoham was part of two devtools companies that received VC funding and got acquired. That wasn’t the case 10 years ago. Companies like Synk, Cypress, Algolia, Confluent, Datadog wouldn’t get much attention 10 years ago. Today the cost of developers is such that every tool that drives productivity, keeps them satisfied and focused on committing code is valuable.

“There’s definitely a surge in tools to support the release automation as well as tools around code observability and faster time-to-resolution. This surge is due to the complexity of software architecture and the difficulty in troubleshooting across multiple services. I’ve seen firsthand how Environment-as-a-Service became a thing in the last 6 months. I’ve seen this term mentioned much more frequently in the media. Having said that, I think we’re still early on,“ says Shani Shoham.

According to Shani Shoham, the tech ecosystem in Romania is evolving and so he started hiring marketers and sales development representatives in Romania to work alongside their US counterparts. That means that they get a chance to learn the best practices from Silicon Valley and I’m sure those learning will help those that join us leapfrog in their career as they learn things that given Bunnyshell’s global presence and footprint in Silicon Valley they won’t learn elsewhere. Moreover, with UI Path’s IPO I’m seeing similarities between the current ecosystem in Romania and the ecosystem that existed in Israel 30 years ago following the acquisitions of ICQ, Class Data etc.

Bunnyshell announced that it had raised $4M in additional funding. The investment from Early Game Ventures (EGV) and RocaX Ventures will be primarily used for expansion into the US market.

Sabina Amaricai: 6 trends in information technology in the next 3 years