Safetech Innovations posts revenues of RON 15.3 million and RON 2.6 million in net profit in the first half of 2022 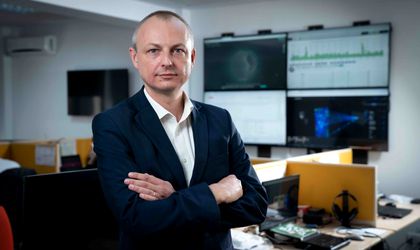 In the first six months of the year, the turnover amounted to 10.7 million lei, up 15%, mainly due to the upsurge in the cybersecurity service contracts.

“This year, we have already managed to tilt the balance of our activity towards cybersecurity services, our main line of business, as cyberattacks have increased in frequency, representing one of the components of the ongoing hybrid warfare between different states, regionally and globally. At the same time, the increase in sales in this segment is extremely important as cybersecurity services have a higher profit rate than cybersecurity solutions. We expect the demand for cybersecurity services to continue its upward trend, significantly contributing to the increase in turnover and profitability. Therefore, considering the results recorded in the first six months of the year and the industry prospects, we keep the targets set in the 2022 revenue and expenditure budget, which foresee total operating revenue of 43.9 million lei, turnover of 40 million lei, and net profit of 10.1 million lei,” stated Victor Gansac, Chairman of the Board of Directors and CEO of Safetech Innovations. 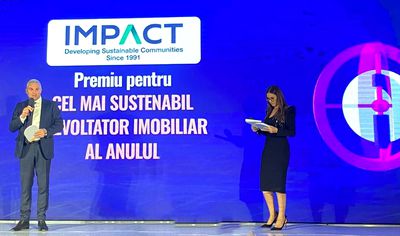 Since the beginning of the year, Safetech Innovations has added eight new clients to its portfolio, both from Romania and abroad. During this period, new and recurring clients turned to cybersecurity services to increase the level of protection and to identify vulnerabilities and risks, carrying out compliance assessments, which then require investments based on tailor-made action plan. More and more of Safetech clients are investing in cybersecurity solutions only based on a detailed action plan.

In the first six months of 2022, Safetech Innovations continued its international expansion process and established the UK entity. The newly established company became operational on August 22nd, 2022, after completing all the necessary formalities. Thus, Safetech UK, officially named Safetech Innovations Global Services Limited, is 67% owned by Safetech Innovations. The activity of Safetech UK is coordinated by Anca Stancu, the General Director. Anca Stancu has over 23 years of experience in implementing business development strategies and sales management. In the following period, the activity of the UK entity will focus on building a local team, which will consist of three people by the end of 2022. The management of Safetech UK estimates revenues of approximately 170,000 pounds by the end of the year.

In terms of the US office, the company is in an advanced incorporation process and expects the procedures to be completed in the coming weeks. For the Abu Dhabi, United Arab Emirates entity, Safetech Innovations is still awaiting the completion of company incorporation procedures. However, it has already started working with its first UAE client through Safetech Innovations SA.

Regarding the transfer of Safetech Innovations to the Main Market of the Bucharest Stock Exchange, the company is on track with preparations in this direction and estimates that it will complete this process by the end of this year, or the beginning of 2023.

“We have already completed the accounting transposition for the last three years from the Romanian statutory accounting rules (RAS) to the international financial reporting standards (IFRS), and we are currently in the full audit process. We estimate that by the end of September, we will complete the audit process, including the first six months of the year. After we have the audited results, we will publish them and start the formal procedures with the local capital market institutions. The first step will be the selection of the broker for the transfer and drafting the listing prospectus, which we have already started working on,” added Victor Gansac.

Safetech Innovations is listed on the AeRO market as of January 29, 2021. The company has a market capitalization of over 170 million lei.