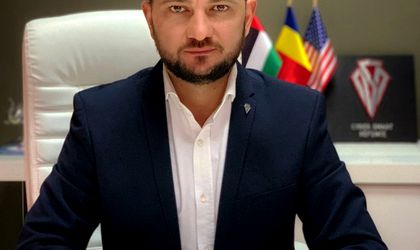 Cyber ​​Smart Defense (CSD), a cyber security company founded and run by Romanian entrepreneurs, is in the third consecutive year of doubling its turnover. The group of companies, founded and led by Madalin Dumitru, ended last year with EUR 2.3 million in turnover and has recently opened an office in Dubai and one in Maryland, USA.

“Cyber ​​security is a highly sensitive area for companies, whoever is targeted by a cyber attack with devastating effects. We have not yet met any client for whom we could not find at least one security issue. The more managers understand this reality, the more secure their companies and customers are. We have come to tell those charged with cyber security: << Better Safe Than Sorry >>. So our slogan is entirely inspired by reality,” said Madalin Dumitru, Cyber ​​Smart Defense CEO.

Cyber ​​Smart Defense covers the global market for cyber security with offices in Bucharest in Dubai (UAE) where they have created a joint venture with a large group of companies – Al Habtoor ENTERPRISE – and Maryland (USA) with a total of 17 specialists, known as “world stars” in the field of cyber security.

“We have some of the best “hacker ethics” in the world at the company, with recognized names worldwide in the area of ​​cyber security as TinKode (Razvan Cernaianu), CTO at Cyber ​​Smart Defense”, says Dumitru.

Also in the CSD team are two former US soldiers who have been active in the Cyber ​​Counter Terrorism & Cyber ​​Itelligence (SIGINT) area for more than 20 years.

Statistics show that 2018 a year when cyber attacks intensified worldwide.

“To believe that you cannot face such a problem is as bad as when you think you are well protected. If I were to give advice, as customers in Romania, the United States, or the Arab countries frequently ask me, it is vital for any company to verify cyber security at least once; is the same as having a medical check-up at least once a year,” says Dumitru.

Companies large and small have had problems in 2018, the most resounding cases being LEONI or Dacia domestically; worldwide, TARGET MARRIOTT or ASHLEY MADISON had major problems, but they are a drop in the ocean. In 2018 there were hundreds of thousands of such incidents.

The Cyber ​​Security market is extremely volatile, and big corporations are looking at acquisitions at the moment. In Romania there are some interesting companies, and some of them have managed to cross the border with significant projects.

“We are already courted by large companies and corporations from abroad, but at the moment we are not interested in selling because we have big plans in the years to come,” says Dumitru.