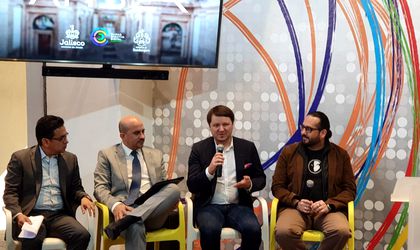 Amber, the largest independent game development company in Romania, announces the expansion in Mexico with a new studio in Guadalajara. Amber Mexico will provide a full range of video game development services, with an initial focus on testing (QA) and art. It is the fifth studio that Amber opens, the most recent being the Botoșani office, in October last year, which currently has over 30 testers and test leaders. By the end of 2020, Amber estimates that it will have over 500 specialists in the 5 offices around the world.

Amber Mexico will be headed up by General Manager Jorge Suarez, a 16 year veteran of the games industry who will oversee daily business activities and developing strategic plans for the new studio. Recruitment for the new studio is already begun in order to reach the target of getting 50 people by the end of the year, testers and artists specialized in User Interface, 2D and 3D animation.

“Amber aims to become a leading creative agency for the video game development industry by providing premium services from the 5 offices in Romania, the United States and now Mexico. An extensive talent pool within a thriving games community, time zone aligned to many of our partners, made it a logical decision for Amber to expand its operations into Guadalajara. This new location will extend Amber’s reach in international development and publishing, gaining access to new markets and partnerships,” said Mihai Pohonțu, Amber CEO.

Guadalajara is the second largest city in Mexico and known for the vibrant community of game developers. Amber Mexico will operate in Ciudad Creativa Digital, a creative tech hub that brings together many international companies that choose to invest in Guadalajara. Seen as the “Silicon Valley” of Mexico, Guadalajara is becoming a world-class hub of digital media development. 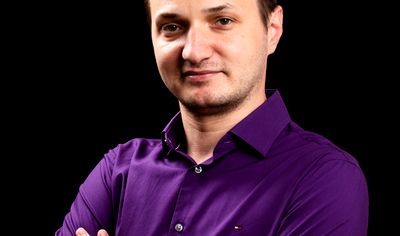 Established in 2013 in Bucharest, Amber is a creative agency structured as a network of studios with different specialties, offering a wide range of video game development solutions including complete product delivery, co-development, platform conversion, live operations and support services.

Some of the most popular gaming companies Amber has worked with or are still working with are Disney, Paradox Interactive, Rovio, NBC Universal, Kixeye, Glu, Kabam and That Game Company. Amber has developed games such as Rumble Heroes, Link Twin and Cinderella Free Fall and contributed to the development of successful titles such as Sky: Children of Light, Gorogoa and others.

In 2018 it was classified as the fastest growing software company in Romania according to the Inc. ranking. 5000 Europe and # 463 of all European companies. Amber is headquartered in Bucharest and has offices in Botosani, San Francisco, Los Angeles and Guadalajara.