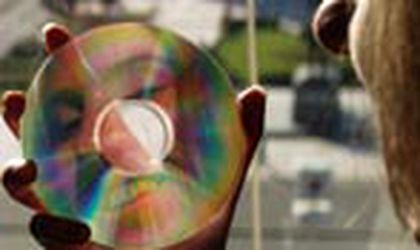 The fifth annual study conducted by IDC Global Software for Business Software Alliance shows that the amount of pirated software in Romania is average for Central and Eastern Europe, at 68 percent. In the European Union Romania, joint with Bulgaria, top the piracy league. It is put to shame by countries such as the Czech Republic (39 percent) and Hungary (42 percent).
However, within the Central and Eastern European region it is surpassed by Armenia (93 percent), Azerbaijan (92 percent) and the Moldova Republic (92 percent).
Three years ago Romania had one of the highest piracy rates in the world, third in Eastern Europe after Ukraine and Russia. Central and Eastern Europe is the most active “pirate” software region with losses from this phenomenon amounting to EUR 4.03 billion in 2007 compared to just EUR 2.6 billion in 2006.
The piracy rate in Romania has dropped by one percent from last year, but losses caused by piracy increased from $114 million in 2006 to $151 million in 2007 as a result of the currency exchange rate and market growth. These losses are directly reflected in the GDP and constitute fiscal evasion.
“The piracy rate in Romania at the end of 2007 proves that important steps have been taken in preventing this phenomenon, but also that we have much work still to do, which includes raising awareness of the value of intellectual property among users of computer programs. Intellectual property is private property and should be respected as such,” says Magda Popescu, representative of the Business Software Alliance (BSA) Romania.
In Romania, the BSA is made up of A&C International, Ciel Rom, Est West Informatique, Forte Company, GeCAD, HotSoft, Infro Informatica Franco-Romana, Microsoft Romania, Omnilogic BGS, Romsym Data, Scop Computers and Softwin.
Software giant Microsoft is a front runner in encouraging respecting intellectual property rights, running a campaign entitled FalSoft that addresses mainly business people.
“Microsoft has a proactive approach to piracy, which is made up of three dimensions: education, technological protection and law enforcement. The educational component consists of the promotion of the advantages that original products offer, the technological protection component refers to safety elements such as holograms and the certificate of authenticity,” says Radu Opris, licensing manager of Microsoft Romania. He adds that the more the local market grows, the greater the losses and the piracy rate will be.
“Maybe this 68 percent refers to companies because for the rest it must be higher” Razvan Balint, executive manager at Romsym Data, tells Business Review. The company registers every year EUR 200,000-300,000 in losses especially for the Adobe, Symantec and SPSS brands. He cites lack of education as one of the primary factors that contribute to piracy. “Since all students build websites for small private companies using pirated software, doesn't that mean that companies are to blame for not asking and students are to blame for doing this?” he says.
Bitdefender representatives say Romania will not reach a piracy ratio of less than 50 percent for at least five years.
At corporate level, there is a clear trend among companies to set aside a part of the IT budget for security solutions, significant progress compared to the recent past when they were preoccupied with acquiring equipment. This is also reflected in different piracy rate among consumers, where piracy reaches 95 percent, and in companies, which BitDefender representatives estimate at 55 percent.
BitDefender holds currently 45 percent of the market of security solutions. “A reduction in the piracy rate of only several percentage points would certainly mean a visible growth in the market of security solutions in Romania,” say officials.
The piracy rate is closely connected to development at an economic, social and moral level, they say. “Apart from the still limited level of economic development, which is low compared to EU countries, studies indicate an overall low level of morality compared with the standards of developed societies,” company representatives tell Business Review.
Moreover, piracy rates are contingent on economic development. A country with a small average income per capita can only have a high piracy rate compared with countries that have a high average income per capita. Today the ratio between the piracy rate in Romania and the piracy rate in the United States is lower than that between the average incomes per capita of the two countries, say BitDefender representatives.
“Taking into account the level of economic development of the country, we estimate that Romania could have a piracy rate between 55 and 70 percent. Unfortunately, Romania is on the upper side of this beach. This means that at this stage of economic development, Romania could be performing much better from the point of view of software piracy than it does now.”