Over the past few weeks, Vodafone has made free data available in the subway for its customers, launched its own MyVodafone application for the Apple and Android platforms and celebrated five years since opening its call center in Ploiesti. Inaki Berroeta, CEO of Vodafone Romania, tells BR one of the key customer-oriented programs will be store refurbishment.

We also employ other companies that provide call center services for us. So we cater to our clients partly through employees, partly through third parties. I cannot give you the name of the companies; all I can say is that we are working with three different firms. Two of them are in Transylvania and the other one is in Bucharest.

Our call centers cater only for customers in Romania. Our local network operations center also provides services to Italy, Greece and some other south European countries, checking the good performance of the network.

What are Vodafone customers unhappy about?
One thing that they would like is to queue less in the stores and for this reason we are working hard to facilitate flow there. One of the reasons we have a lot of customers inside our stores is that many people in Romania still prefer to pay in cash. 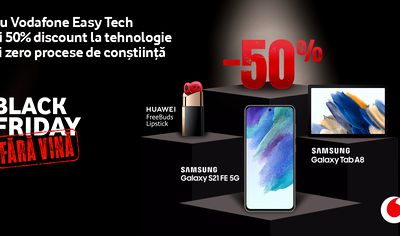 Your competitors – Orange, Cosmote, Romtelecom and UPC – have already revamped their stores. Will you follow suit?
We do have a program to revamp our stores. We have actually started to do that and soon we will unveil the first branch, which is going to be completed by the end of this month. It’s not just one, there are a few of them, but one of them will be in Bucharest. We are going to spend between EUR 5 and 10 million on the refurbishment of the stores.

How do you use the online channel to stimulate sales?
Our online channel today is not so much a sales platform but more of a customer care channel. We let customers check their bill, look at the cost, modify price plans. We are doing a little bit of sales, which are still small but will grow. There are other countries in Europe where online is already a significant channel, but not yet in Romania. The Netherlands is the benchmark; there online is already one of the top channels.
We reached 1 million accounts on MyVodafone in Romania and the number of electronic invoices has reached 500,000. We also have a MyVodafone application for Apple and Android platforms.

Telecom operators have been among the top spenders in print media advertising in H1, 2011. Where does Vodafone stand in all this?
Telecom operators are the biggest spenders in media on this market mostly because the telecom business is highly competitive. We have been pronounced the number 1 brand in Romania (ed. note: number 1 in Top Social Brands 2011). You are an admired brand not only because you spend money on communication – and I can tell you that we are not one of the top three spenders in Romania.

In Romania, our competitors spend more money on communication. But brand is not just about communication, it is also about how good you are at delivering the service. In terms of the split of our brand advertising, in Romania the advertising budget is heavily oriented towards television, in line with the specifics of the market.