Plant an App analysis: low-code technology can ensure the development of digital projects in record time 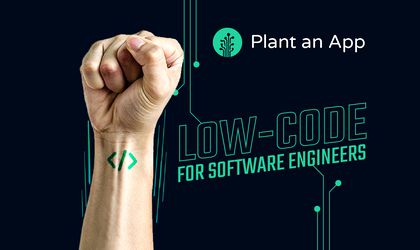 Plant an App, a Romanian startup specialized in low-code, makes an analysis of the technology that accelerates the digital transformation in the private environment, but which can also be a good tool for the needs of the state system. The context of 2020 has led many companies and many entrepreneurs to accelerate the digitization process. Thus, the delivery time for these products has become more important than ever and here low-code technology can ensure the results the industry needs.

A significant challenge for digitization, regardless of the social – economic context, is generated by the way the time of internal IT teams is used. Whereas much of the time is spent on maintaining the existing systems, initiatives end up by being postponed. In this context, the advantage of low-code development or any “as-a-Service” technology – Platform-as-a-Service, in case of Plant an App – is that the basic architecture, functionality innovation, problem solving and the delivery of updates is done centrally, by the platform developers.

Thus, the transition, even gradually, to an infrastructure or a set of applications built with the help of a SaaS type technology long-term contributes to the efficiency of the way the IT teams work. In the short term, it can help in the process of upgrading the existing infrastructure by connecting various applications and components, both old with old and old with new, through strong integration capabilities based on API (Application Programming Interface) that many low -code platforms make available to them.

If we refer to Romania as an example for which low-code can be the foundation of digital transformation, the solutions are relatively simple to estimate. On the one hand, there are examples from other states to be followed and, on the other hand, there is the Romanian Digitalization Authority, which is already working on such strategic initiatives. 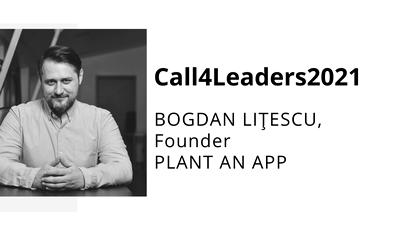 Read more about
Call For Leaders 2021 | Bogdan Lițescu (Plant an App): We are riding the digital transformation wave with our revolutionary low-code platform
read more

As a first solution for citizens would be the development and launch of a unique digital portal where any citizen can solve any need in his relationship with the state. This is also an official priority of the authority. The main challenge of implementation is to ensure interoperability between all public system platforms, for which low-code technology could be a solution.

Another initiative closely related to the first is the implementation of the concept of digital identity. Low-code is not only a viable solution, but also the solution chosen for these initiatives, according to recent public statements of Sabin Sarmas, CEO of ADR.

Delivery time, the key requirement in an accelerated digitization process

Plant an App’s industry experience shows that delivery times differ from industry to industry, from project to project, and from team to team. However, essential performances for companies were also achieved: the project delivery in only 5% of the time and efforts expected through traditional development. In fact, this is the highest benefit: shorter delivery time (Time-To-Market), especially when it comes to projects and products that can be launched in several stages.

Regarding the individual training period for a low-code solution like Plant an App, this is of weeks even for a junior programmer. This learning process is always a practical one, and a developer is able to generate functional software in just few days. At the team level, things can vary, but one aspect observed in some Plant an App customers is that low-code brings IT teams closer to business teams and this allows them to work together from the planning stages of the project, with very short feedback cycles, sometimes even closer.

Digitization, in essence, must be built on the needs of consumers and provide solutions that improve their interaction with a particular product. The challenge for companies is to live up to expectations and despite the particularities of the requirements, three strengths of low-code technology can be identified.

Speed. Through this technology, a company can launch an application to consumers much faster than the classic method. Even if speed is not itself a feature, it is an essential attribute when it comes to modern digital solutions.

The data pattern. Low-code platforms are based on dedicated components that help programmers to visually build complex data patterns and processes that use a lot of business logic, and this approach can be completed in record time.

Interoperability. Most of the time, the application used by users is just a tip of the iceberg for complex systems consisting of dozens of applications and solutions. Plant an App has built the tools it delivers to customers with the goal of easily creating connections between these systems and facilitating communication between them.

In terms of digitization, Plant an App identifies in the first line of this process the service areas. The financial services industry, including banks, insurance, capital markets, benefits greatly from the agility provided by low-code for both internal and client-facing systems. Plant an App has observed numerous viable case studies in the area of ​​medical services, from clients in all sub-segments of this industry in the United States. These can be important lessons for public health systems around the world.

At the same time, the 2020 status has shown that, in the long term, the exit from the comfort zone of companies or entrepreneurs who have not relied on digitalization until now will create a much better environment to perform.

In case of low-code adoption in organizations, Plant an App identified the “land & expand” scenario. Usually, low-code is adopted for a specific, solitary problem, but which needs a quick implementation. Many of the new Plant an App customers start with a Proof-of-Concept. After the start of producing the first project, usually comes the second. From now on, a company can replace all the old systems with low-code technology, at which point the company’s agility reaches a record level. It is also the time when the time budget of IT teams is oriented towards innovation and the development of new systems, not only the maintenance of the old ones, identified as a rather stressing problem in large organizations.

In the adoption and growth stage, the needs for which companies use the low-code technology are in the area of ​​HR (especially Employee Onboarding), Financial, Sales (CRM), but also consumer facing applications, such as digital onboarding and digital profile management.